Use Your Stuff Challenge #1: Rub Ons

Remember back in March, when I did a week-long series at WCS about using your stuff? (That link will take you to the first day.) Someone suggested I start doing a regular Use Your Stuff Challenge and here it is, just four months later, and I finally have my stuff together enough to start.

The point of the Use Your Stuff Challenge is to dig into your supplies and use some of the stuff you've been hoarding. It's also going to encourage you to mix older supplies with new ones so you can get over that "I can only use new stuff" feeling. It might also make you giggle in recognition a little bit when you recognize a supply that you, too, once upon a time fell in love with, bought, and then forgot to use. Let's get started!

Today's challenge: use some old rub ons and one of your newest sheets of patterned paper. Here are the two old sets I used: 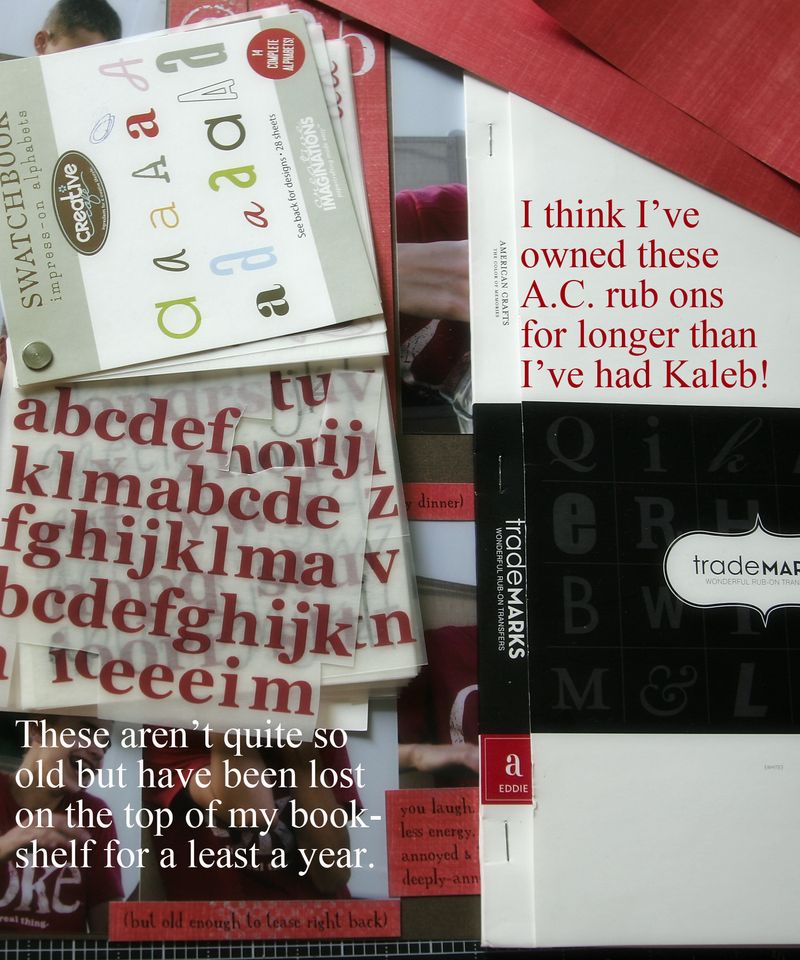 (As 90% of my supplies are alphas, you'll see a lot of alphas. That's just how I roll.) The red paper is the B side of a Fancy Pants birthday paper. (I usually like the B sides of paper the best.)

I put a new spin on them by roughing them up a little bit. I wanted to mirror the grungy sort of lettering on Jake's Coke shirt (one of his favorite pieces of clothing ever) so, with the white rub ons, I scratched some of the white off before I rubbed the letters down. That wouldn't work with the red letters, though—the rub-on substance is more rubbery, so trying to scratch it off in pieces just caused me to ruin the entire letter. Instead, I rubbed them on messy, rubbing on a bit of the letter, then lifting off the remaining part and shifting it just a bit. Then I sanded them to make them even grungier. Here's the result: 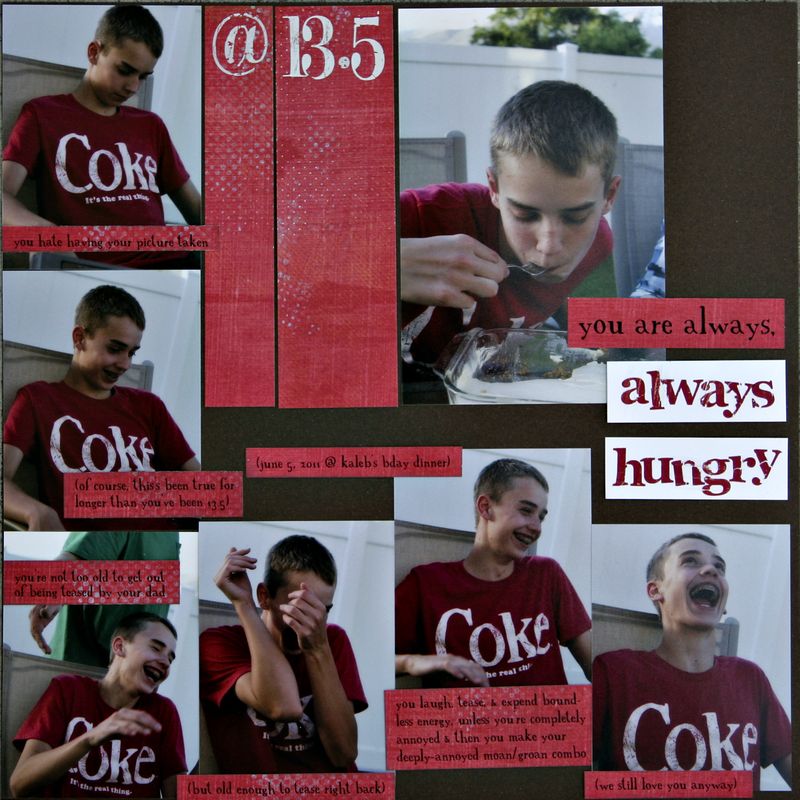 (In case you can't read the journaling, it talks about some of Jake's 13.5 characteristics.)

Want to play along? Make a layout that uses an old set of rub ons and a new sheet of patterned paper. Then share a link!