When we Belong to the World we Become What We Are.

While we were getting ready for our trip to Cabo last week, Haley mentioned that she was glad that it was this summer—the summer after her first year of college—instead of last summer—the one before college started. For different reasons than her (she had two different jobs to manage, and was worried about money, and nervous about leaving home), I agreed. 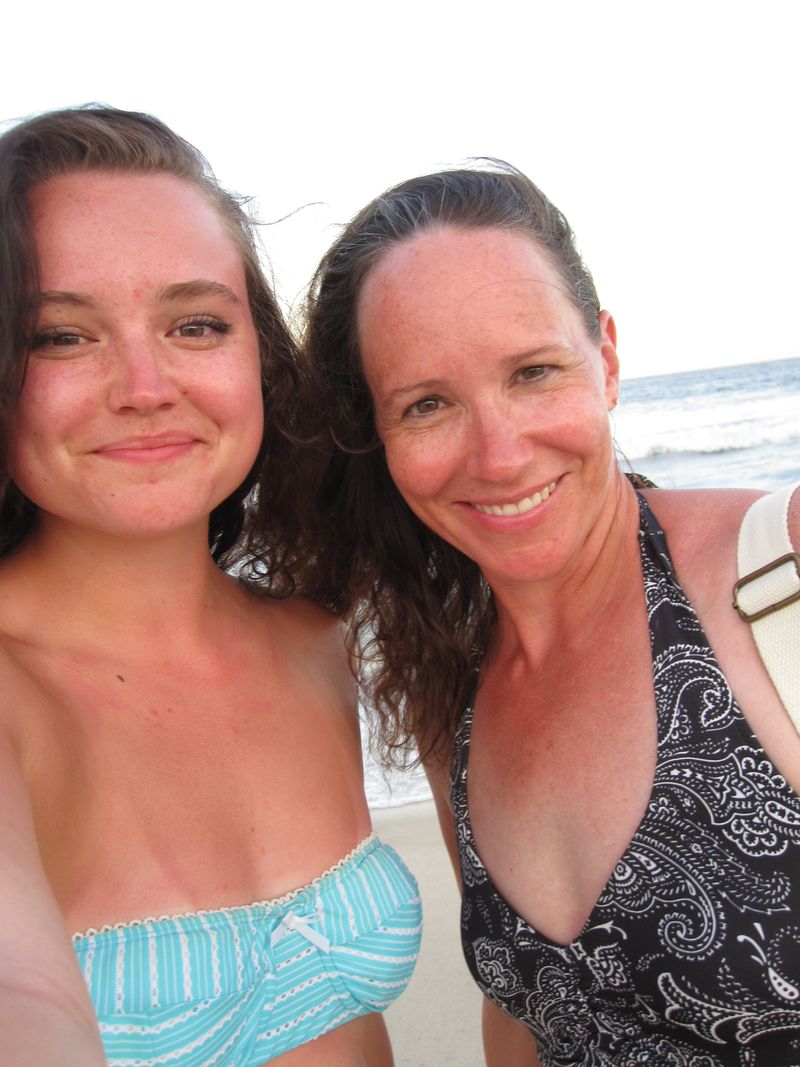 Last summer, I was both thrilled that my daughter was going away to college (starting down a path I'd always hoped she'd take) and terrified that my daughter was going away to college. I worried that I hadn't taught her enough, that she would be afraid or sad, that being away from home would be overwhelming. But my secret, darkest fear was that she would disappear. That she wouldn't need me at all anymore, or that she wouldn't want any sort of relationship with me. That she would move on and not look back.
So the summer spent preparing for her to leave for college was a hard one for me.
But one day on our trip—when she and her cousin Madi were swimming in the waves in Chileno Bay—I had one of those moments. You know how it feels, when you look at your child and you think how did I get so lucky? When you're astounded by their intelligence and their beauty and their rarity, and also their normalcy and their split ends and their unique oddities. When everything about them feels astonishing because look: this person is one who didn't exist until you helped to make her, both with your body and with your mothering. It's the same feeling you had the moment the nurse handed her to you: a whole new person. 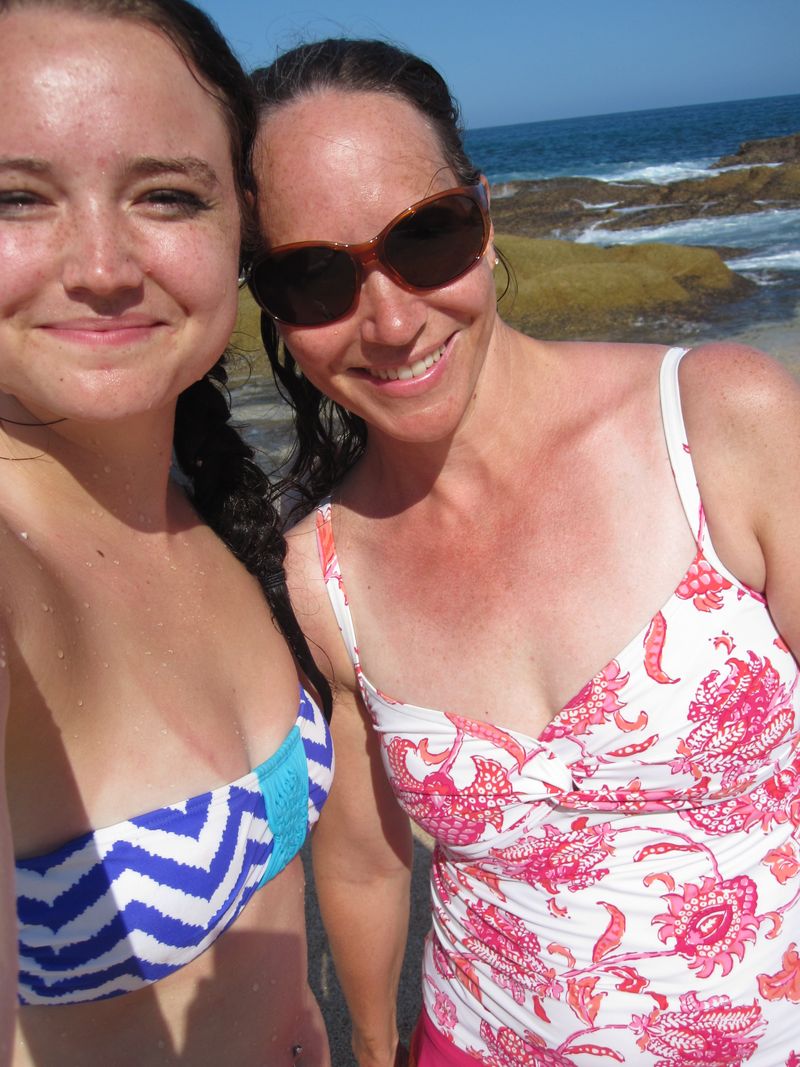 I realized right then: I didn't really let her go. I didn't stop being her mother. I didn't lose anything. Instead, I am finding something. The new structure of our relationship is still vague and shifting, undefined. But I can almost start to see it. Right now it is made of infrequent texts, occassional tears, some emails and phone calls and random trips home. By the fact that I still think about and pray for her every day. By that trip, where we shared the Spanish words we knew, laughed and shopped and ate together, sat quietly without words. And we will be shaped by what might come next. This feeling stuck with me throughout the entire trip: true, there are less interactions than we had when she was still living at home. But the ones we do still have are sweeter, somehow. She is my daughter, but she is also a person, one I get to include in my life for always, in various shapes that seem brimming with possibilities.
And as I find this, she is also discovering: the beginning of who her adult self will be. She will be imperfect I am certain. She will make mistakes. But she will learn and discover and grow. She will continue forward, carrying stories.
Later that day, after we'd showered off the sand from the beach, I put some after-sun lotion on her sunburned shoulders. Then I asked my mother to put some on my sunburned back. In that hour, I touched my daughter, who is just beginning, and was touched by my mother, who is just at the beginning of her end. I am their fulcrum. And I finally put together the lines of a poem that had come to me in fractured bits, back there on the beach:
A woman's life is her own
until it is taken away
by a first, particular cry.
Then she is not alone
but a part of the premises
of everything there is:
a time, a tribe, a war.
When we belong to the world
we become what we are.
I'm not sure I understood it fully until that moment. Haley is beginning to belong to the world. To the tribe of these women she knows, mother, grandmother, aunt, old friend. To the tribe she will find in the world. To the one she will create. And I am blessed to be part of her tribe, witnessing her become what she is.
(the poem is Anne Stevenson's "Poem to a Daughter," which you can read in its entirety here)