I can’t believe August is here already! I confess, I’m not ready for summer to be over, because then fall will be here. Since fall is my favorite season, you’d think I’d be excited…but I almost don’t want it to come because once it gets here, it’ll be over before I know it. This year is going too fast.

So I’m holding on to summer just a little bit longer by thinking about our July.

There was some frustration. Through a failure of communication, Jake didn’t find out about his camp out dates until four days before the camp out. (The amazing and exciting camp out in Moab that he’d heard rumors of and was actually excited about.) With such short notice, he couldn’t find enough people to cover his four shifts at work, so he didn’t go. If I’m honest I’ll confess that I’m still pretty angry and frustrated about this. He is struggling to have a desire to be involved in church activities, so for him to not be able to go somewhere he wanted to go…I feel like it was a missed opportunity for him to build some connections.

There was the end of a long-held summer tradition: Haley and I going to the Nordstrom sale together. We’ve done it since 2003…shopping for back-to-school clothes. 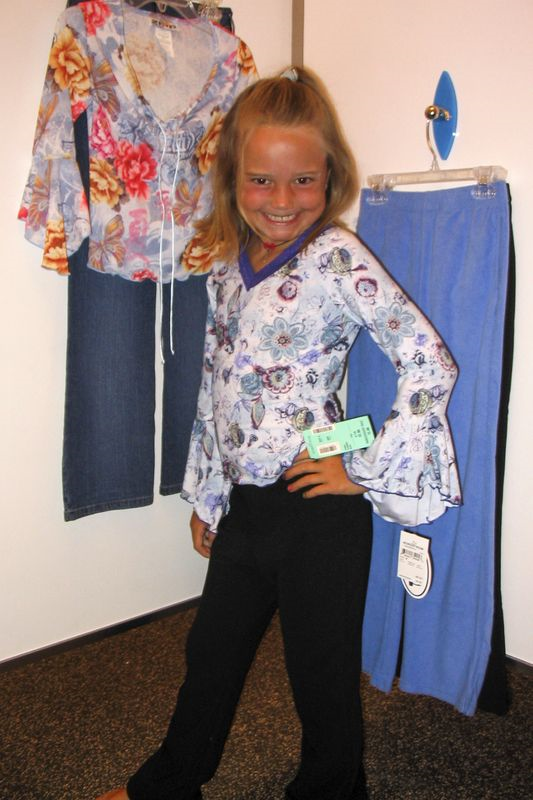 But this year, between her busy work schedule, our Yosemite trip, and the cold that’s knocked me out for the past ten days, it just didn’t ever work out for us to go together. I did stop in one evening when Kendell had to run to Salt Lake for something else. But shopping with your husband just isn’t the same as shopping with your daughter. (I did buy myself a new pair of black pants. Because, you know…I don’t have anything black to wear.)

I did get to see Haley in July though. She came at the beginning of July just to see us—in fact, she surprised me! 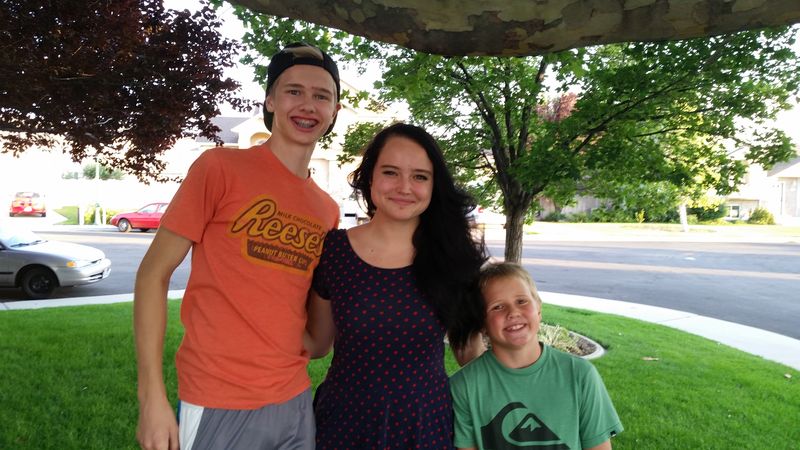 Then, in the middle of the month, her catering job (she’s working two jobs this summer) took her to UVU (one of the colleges in Utah County) every day for a week, and on Friday I bought a couple of Sensuous Sandwiches and met her there for a quick lunch. Then, on the last weekend of July, she had an unexpected few days off in a row, so she drove down. It makes me happy to have everyone sleeping in our house again! We did some shopping and some talking, and she reconnected with her brothers, too.

We ate grilled cheeseburgers several times. Kaleb and I sat out on the grass to eat (everyone else thought it was too hot to eat outside) and had some awesome conversations. One of them centered around what kind of girl he should marry. He decided she should be “nice, kind, smart, and pretty. Like my mom.” Awwwww… 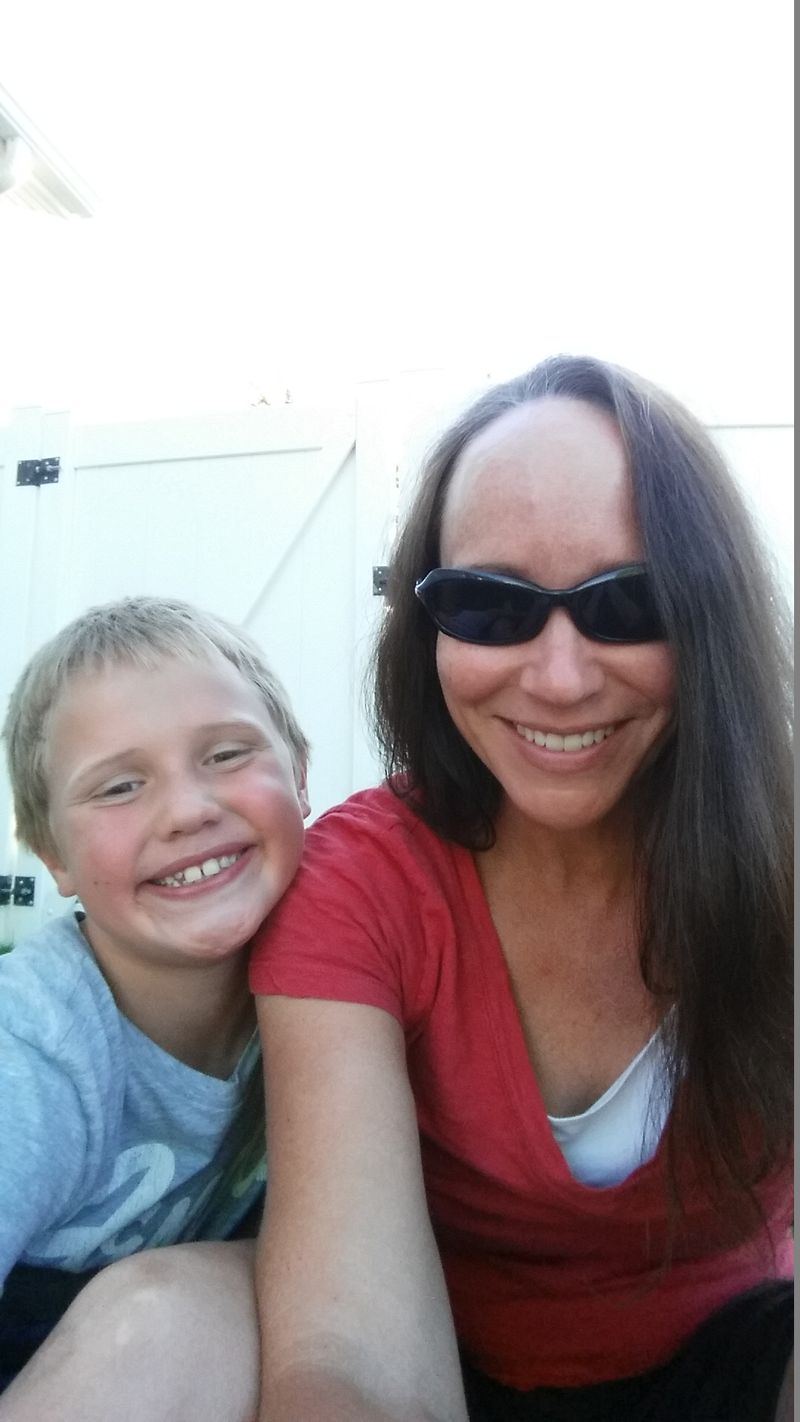 We celebrated the 4th of July with a barbeque and fireworks at our friends’ house. They have a dog who is old and has cancer and will die soon, and when Kaleb found out, he started to worry. The next day, when he was outside playing with his friends, he came and sat on our porch and started crying, because he was so sad about Bart (the dog). We had our friends send us some pictures, and he looks at them all the time. Such a tender heart.

We celebrated my mom’s and Becky’s birthdays with a family party at my sister’s pool. 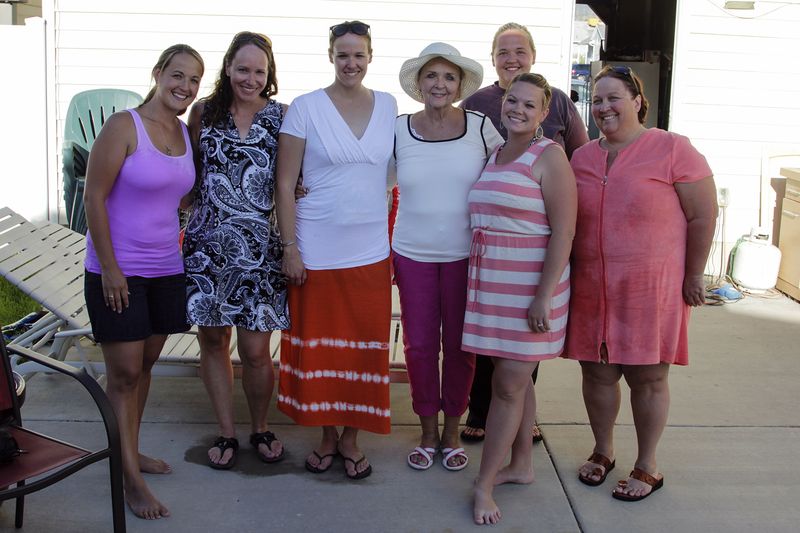 It was so hot that I, Amy Sorensen, got into the pool. (I usually just sit around sunbathing in the lounge chairs.) This was the day I made three cakes: before the party at my sister’s, we went to the farewell of my nephew, who left on his LDS mission this month. I brought two sheet cakes (I always make the Pioneer Woman sheet cake) for the farewell and a berry Mary Anne cake for my sister’s house. Then I ran out of flour. That day, I finally gave Becky the gift I made for her birthday (only a week late…after I made it three and a half months early!)

Kendell and I hiked to the top of the Y mountain (like…the actual mountain, not just the Y, it’s confusing until you know that yes, the trail does keep going!) 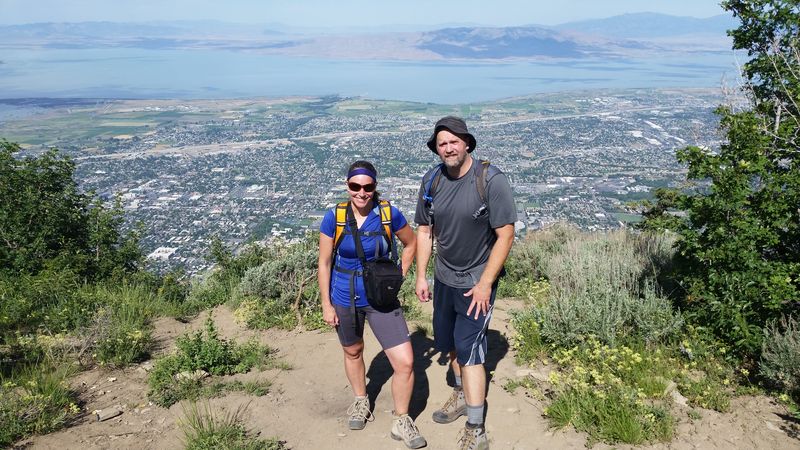 And to the top of Timp. The wildflowers this year were amazing. 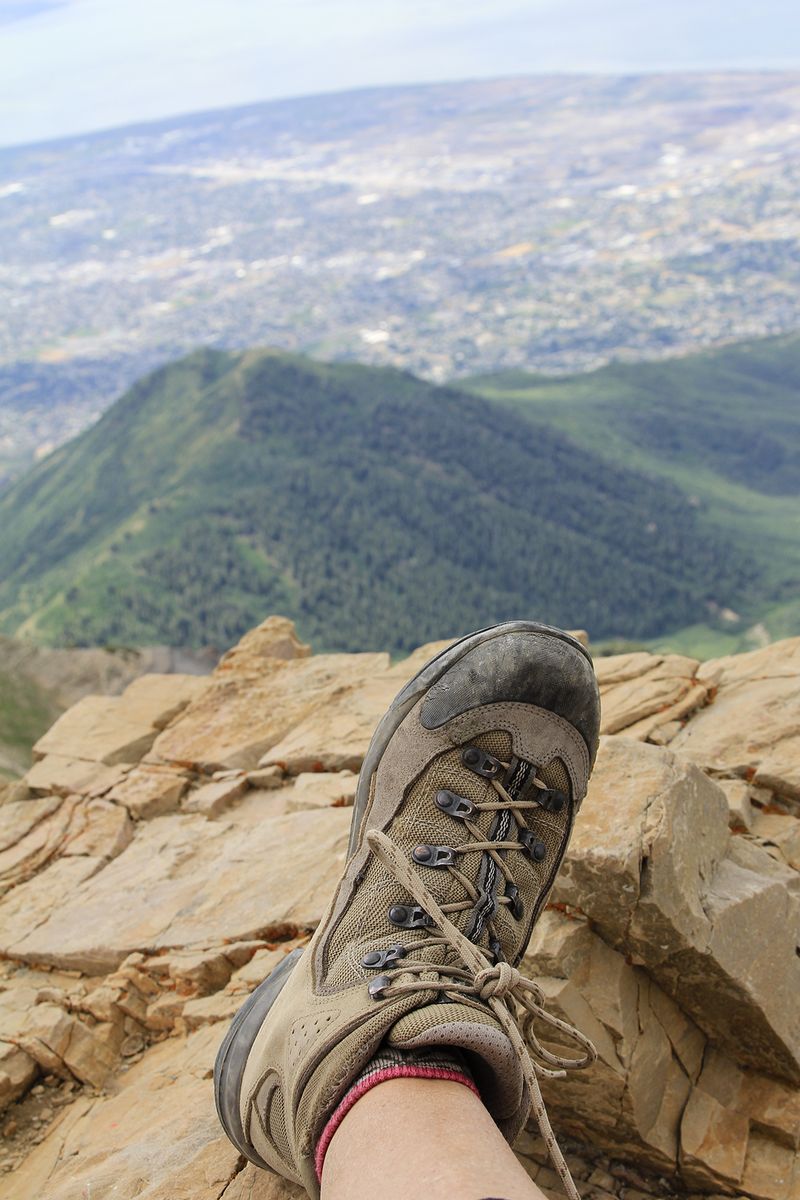 And Half Dome, of course! 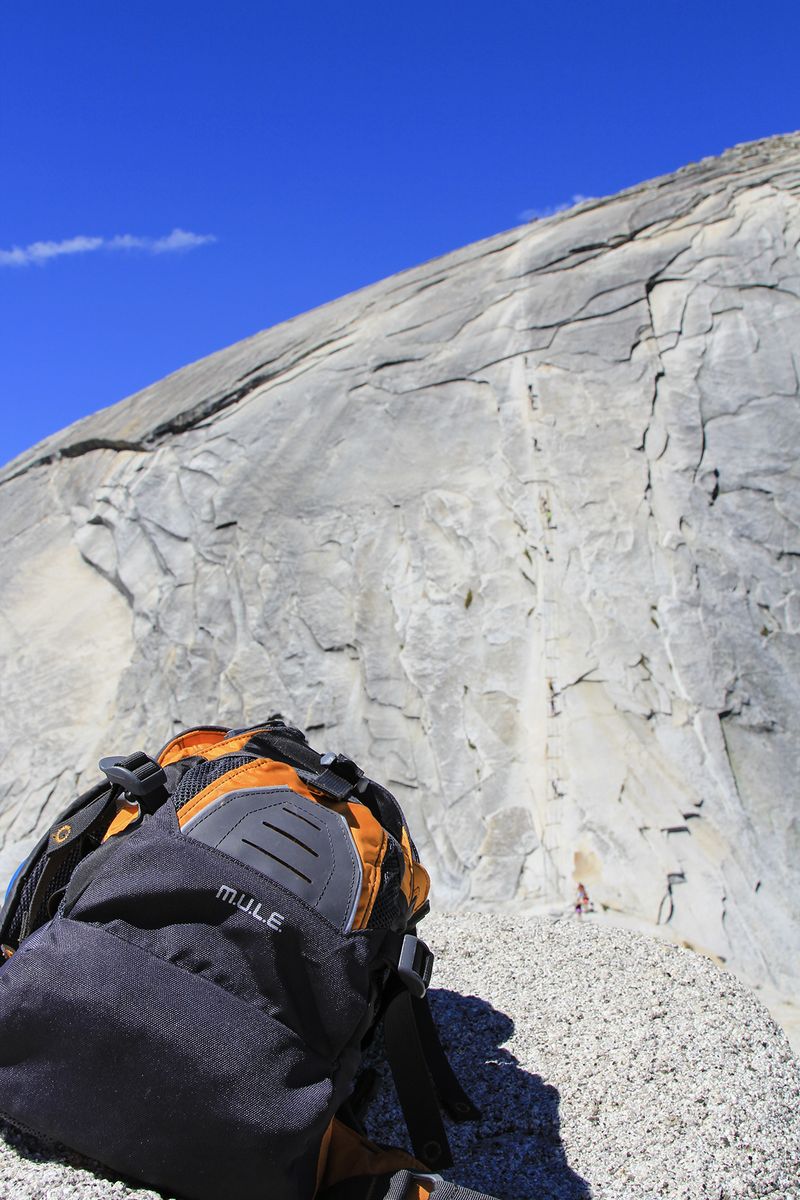 Jake and I hiked together on the long trail to Buffalo Peak. We didn't make it all the way to the peak...he hit the wall a bit, and then we sort of ran out of time. But it was nice to walk and talk together! (Talk, that is, when we weren't huffing and puffing.) 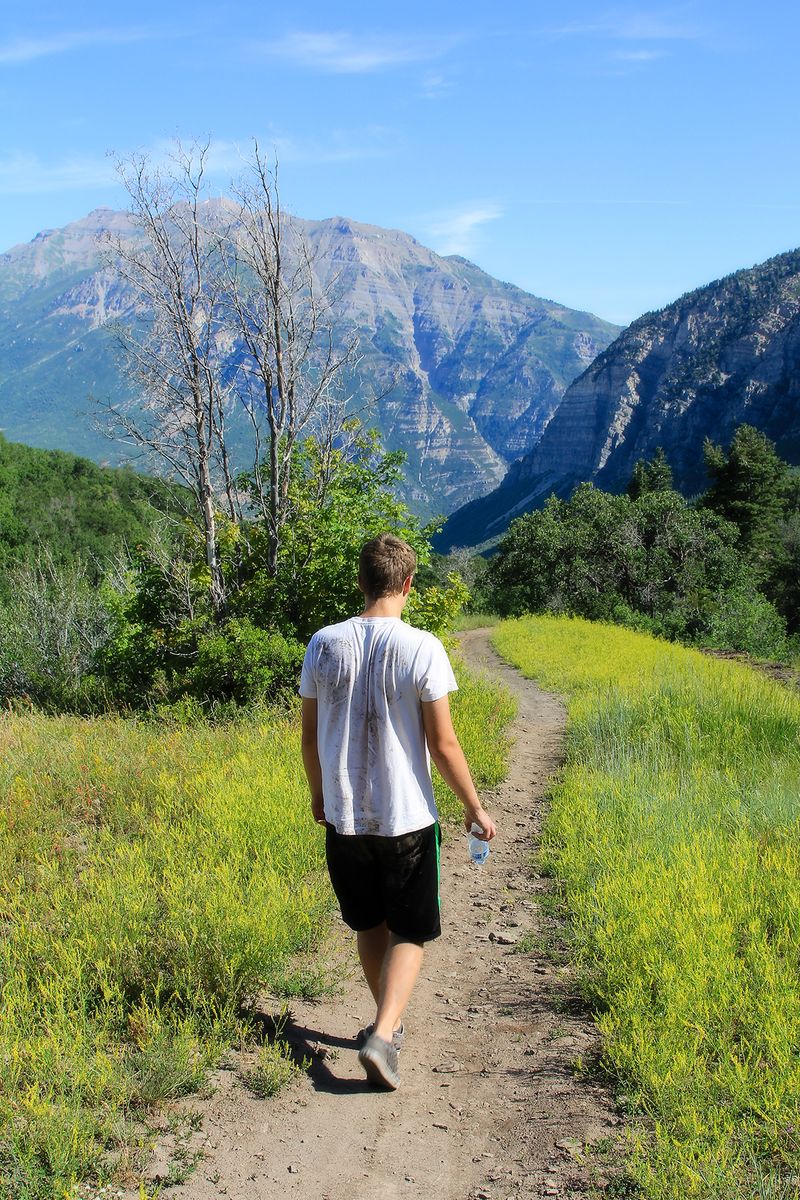 And Kaleb, Jake, and I (and 1000 other people) hiked to Stewart Falls one Saturday. 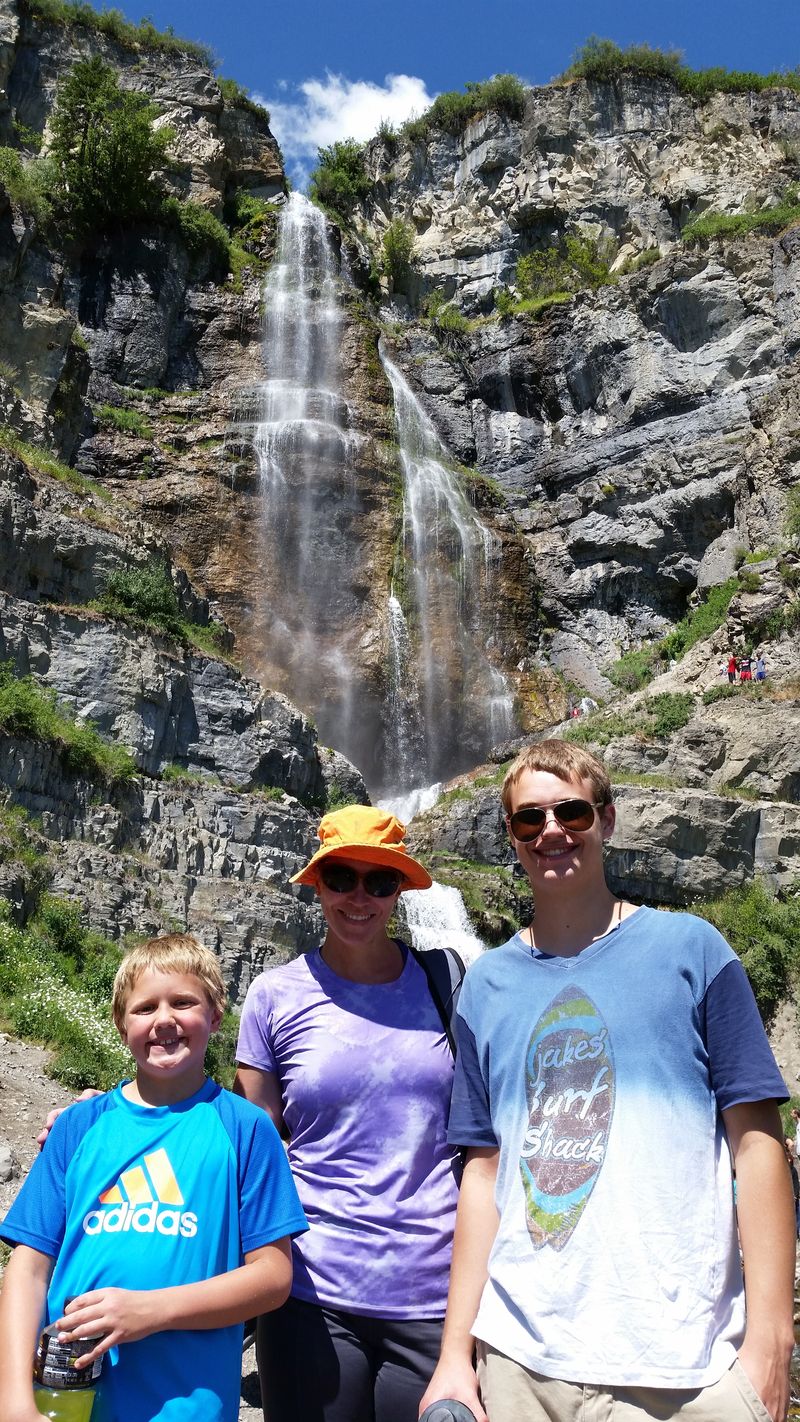 The last Sunday in June, Nathan sprained his ankle. (Convenient timing…our new deductible for our health insurance started on July 1!) So he spent the first two weeks of July not playing basketball. Or running. Or doing much more than sitting around with his ankle propped up, icing it and stretching it and massaging it. I am astounded at how quickly he healed. He was worried, but it didn’t stop him from going on the two trips he had planned: he went to St. George for a student council conference, and he went to Camp Williams for youth conference (he cut his finger open and probably should’ve had it stitched closed…but no adults saw it so now he just has an ugly scar).

Jake went to get his hair cut, and while he was waiting, David Archuleta walked in. Just to, you know, the crappy little Fantastic Sam’s in Orem. He had to sit down to wait, too, so Jake (and Idgy) got the nerve up to ask him for a picture. We’re not rabid David Archuleta fans, but it was still pretty cool. 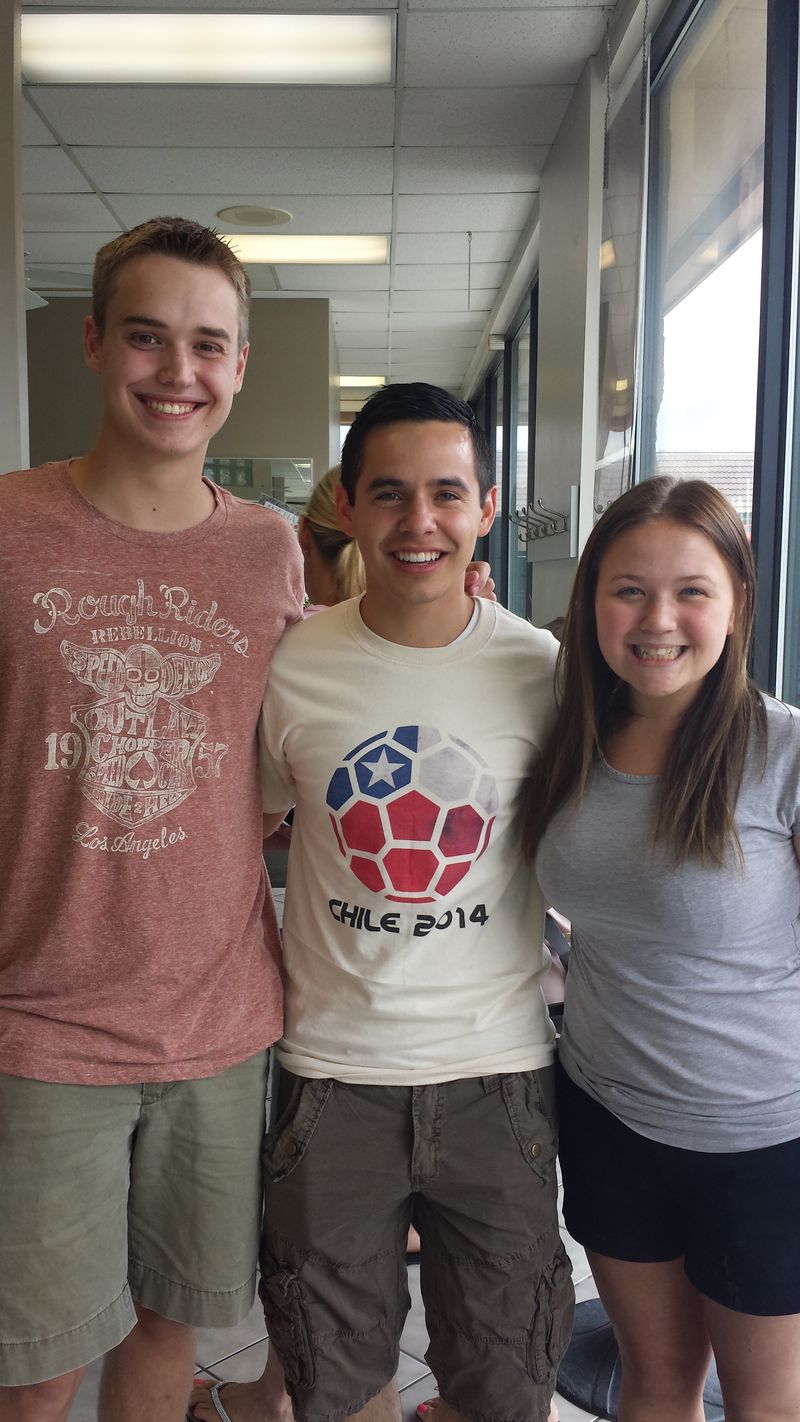 I made three scrapbook layouts. Here's one, and you can read about the other two HERE. 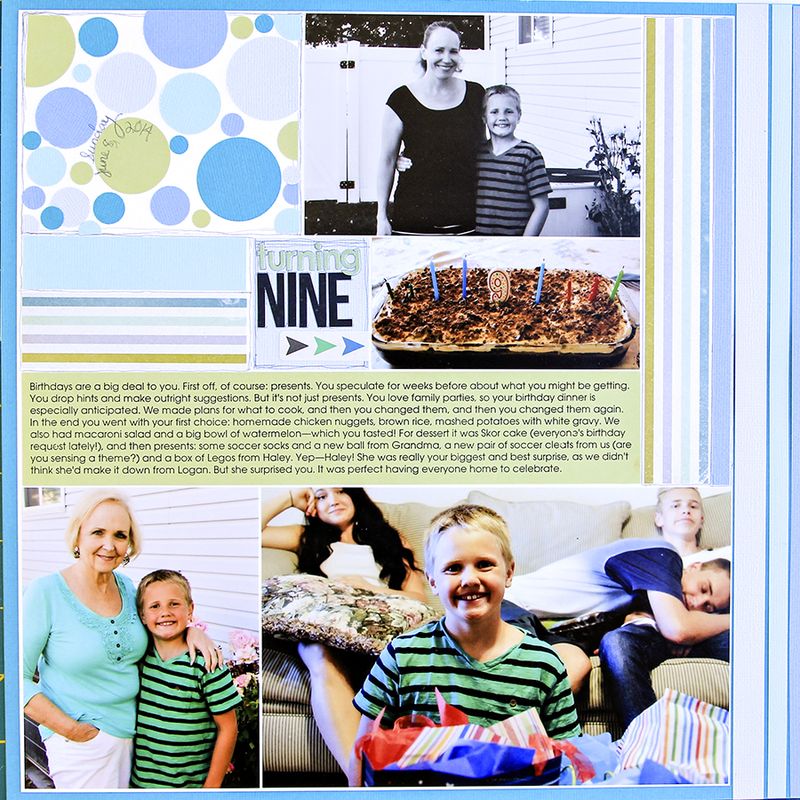 How was your July?