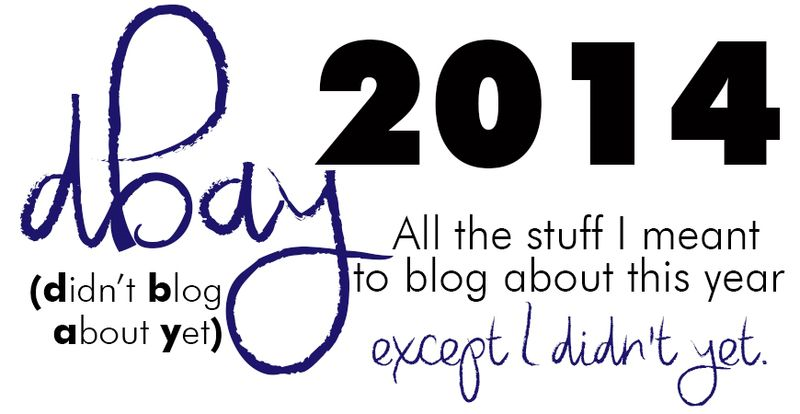 (Every year, I have topics that I totally meant to blog about, but then time passes and I don't, and then it feels like too much time has passed​, so then I don't blog about them. Even though they were important. So I made up an acronym and this year, I'm going to finish out December with some DBAY posts for 2014, so I get everything together at least in the year when it belongs.)

Today I've spent a ton of time processing many of my Yosemite photos, for a Christmas project. As I've revisited those images, I've been amazed at how they've reminded me of how those few days felt, specifically the mountains' spirit. The atmosphere is different there, in the Sierra Nevada, and that made it both like coming home (because mountains are my favorite place to be) and discovering something nearly-entirely new.

I loved that feeling. 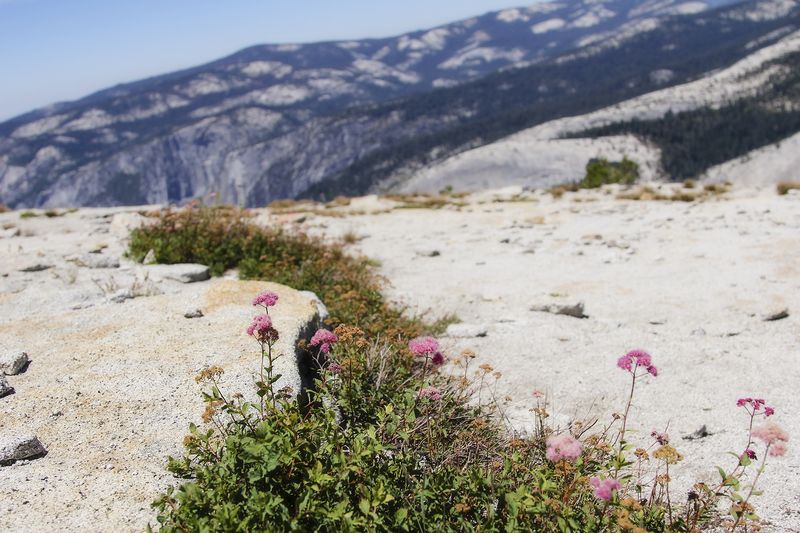 Our trip to Yosemite felt to me like it was sort of magical. Too good to be true, really. (I was almost afraid to go home, because I worried that everything would completely fall apart after such a perfectly-timed experience.) Just winning the lottery spot for the Half Dome hike was amazing, because seriously: I never win anything. I enter contests and raffles just to make sure someone else wins. I almost didn’t even put my name in for the lottery, on the day I decided to do it which was the very last day you could enter, but there was something in me that said I needed to take that trip this summer. So I registered—and got in.

But the good luck didn’t stop there. First off was the traffic on the drive. Many people had warned us that the route I had planned—State Route 6—was problematic because if there was any construction, the traffic would back up for miles. But aside from one tiny little delay (like…maybe three minutes) right when we got off the Interstate, there was zero construction and, in fact, that road was one of the highlights of the trip for me. (Hopefully it will be another DBAY post.)

I had reserved us some tents at Curry Village, but when we went to register, the guy at the desk upgraded us to a cabin. No, seriously: I haven’t ever been upgraded to anything, ever, not even once, and as I was worried about the tent (I don’t do well in tents at all), this really was like magic. The cabin was pretty small, and it had double sized beds instead of queens, but who cares. It had four solid walls, carpet, a toilet, and a shower. So perfect.

I still don’t entirely understand why, but Yosemite in the summer of 2014 was a trip I needed to take. 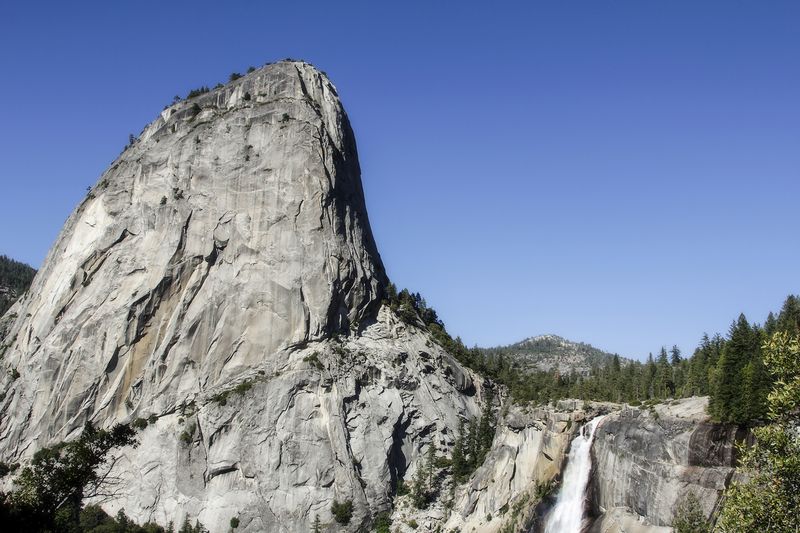 But despite all of this planet-aligning magic, all did not go entirely smooth. Because the day before we left, I started getting sick: a sore throat. And I decided that I just didn’t care. I was just going to ignore my cold and go anyway. And the ignore-the-cold tactic worked pretty well. I drank a lot of water during our drive to keep my cells hydrated, and loaded up on the vitamin C, and just kept thinking positive, healing thoughts. When I woke up on the morning of our Half Dome hike*, I didn’t feel 100% my normal, energetic self. But it wasn’t too bad—until we were about half way down. When we got off the wooded slope that is behind Half Dome, just as we entered the Little Yosemite Valley, those healing, positive energies just vanished and I started feeling fairly tired. It was hot, and my burning throat was doing that thing where even though you’re swallowing water it feels like the liquid doesn’t touch it, and I was starting to have that all-over body ache, and my voice started going out. But of course I had no choice but to continue hiking!

The Little Yosemite Valley is the flattest part of the entire trail, and the Merced River runs right next to the trail. One of the guide books I’d read insisted I must stop and wade in the river. So, while Kendell and Jeff were talking to a trail guide, Lenna and I took off our hiking boots and waded into the water. I was expecting it to be fairly tepid, as the current was barely moving, but it was cold. Part of me wanted to just dive in, but I also know how grumpy wet clothes make me, so I just went in to the very bottoms of my shorts. Lenna was dying for the bathroom, which was about a mile down the trail, so she left. I confess: I was so glad I was alone for a few minutes. I stayed as long as I could in the water, just taking in the beauty. There is walking next to water…but there is also being in the water, and stepping into the river was a way of fully immersing myself in the Yosemite experience, even if I didn’t get entirely wet.

It was one of my favorite moments of my life. 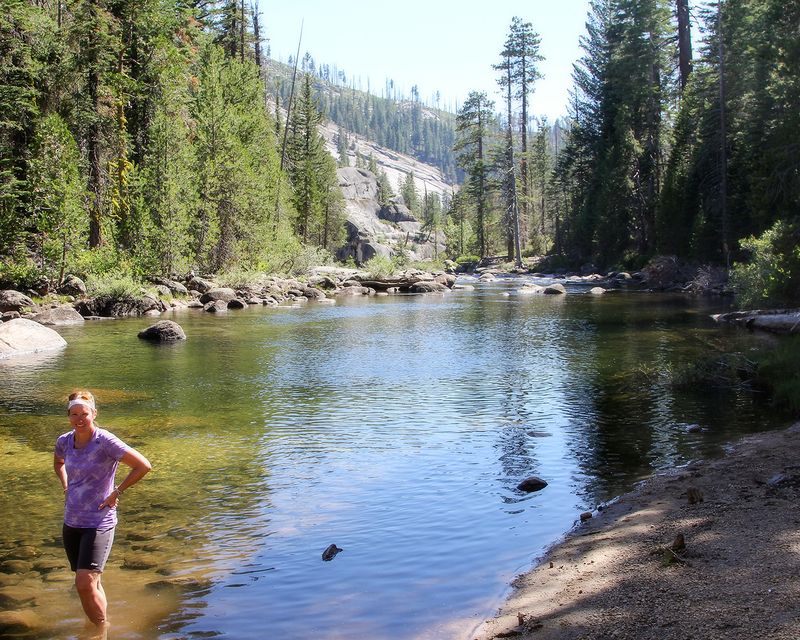 Not too long later, Kendell came and found me. I waded over to a rock near the bank and took my shirt off. Then I sat on that stone, in just my sports bra, and used my shirt to dry my feet. Kendell handed me my socks and then my boots, one at a time, and then I stood up on the rock, already dry—but completely, entirely refreshed. My tired feet were made deliriously happy by their cold soak. It renewed my flagging energy and let some of the healing thoughts flow back in—at least until we reached the bridge over Nevada Fall, when my fever hit me. (The last three miles down the John Muir trail were pretty brutal for me.)

But that isn’t this story. This story is the one about the day I stood in the Merced River in the Sierra Nevada. It’s the story about how happiness finds you in unexpected ways. It is, really, about what happiness itself is, those numinous moments when things larger than yourself bring you to a place you couldn’t have imagined and then give you exactly what you didn’t know you needed.

I know I've said this before, but I think it's soo awesome that you were picked for the lottery. I love all the posts and pics from your hike.