Here at the End of Summer

Last night, I took Kendell by the shoulders and shook him (as much as I can "shake" my husband!) and said "do you know what happens tomorrow? Tomorrow I will have an empty house!" and then I burst into tears. (goofing off with cousins at a family party in June)

Because while I will appreciate the quiet, I wasn't ready. Because while I am glad they are back to schedules and homework and tasks and actually using their brains, I wanted more time with them at home. Because this year, I didn't want summer to end. 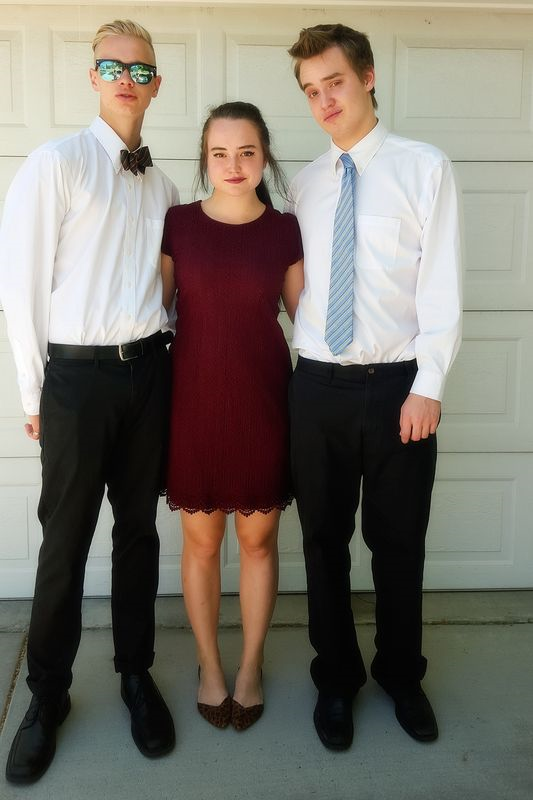 (model faces on one of Haley's visits home)

Not that it didn't hold its many challenges. There were plenty of arguments and chore wars and some pretty intense discussions about choices, the future, and consequences. (Parenting teenagers is not for the weak of heart.) I have had plenty of moments when I have sat on my back porch and questioned every single choice I've made in the past 17 years and wondered how I managed to make such a mess of things. Or I've been so mad I couldn't sit still. 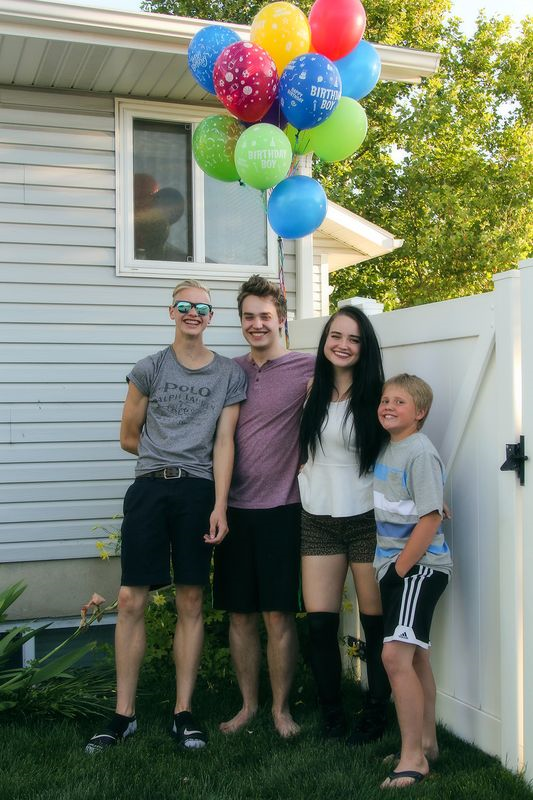 And it hasn't been the summer I wanted it to be. Jake and Nathan both had lots of scout adventures, but when it came down to us taking a family vacation, I couldn't get anyone to commit or want to take time off of work. Then I decided, I don't care, they're going anyway, this is Jake's last summer before he graduates. So I planned a beach vacation on the central California coast, starting in Cayucos and ending in San Francisco, with a day of driving the Big Sur highway, a zipline excursion, an afternoon in Muir Woods, and of course tickets to Alcatraz, with maybe a stop in Yosemite on the drive home. 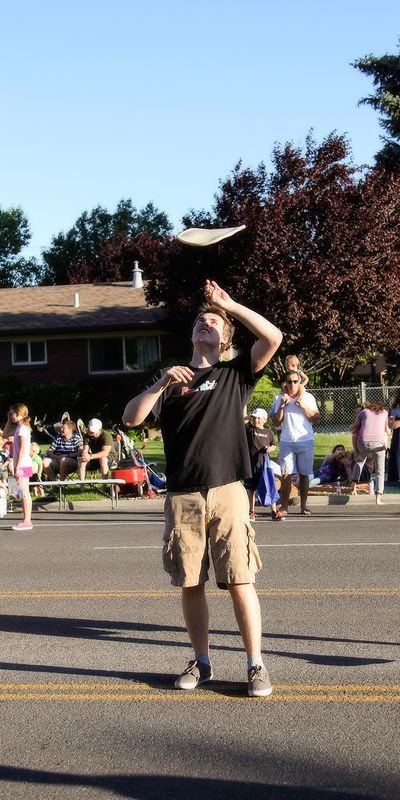 (Jake works at Pizza Pie Cafe, and they were one of the entries in the parade. You should see him toss pizza dough. It's pretty amazing!)

But I waited too long. Alcatraz was sold out, all of the non-scary hotels along the coast were booked, Haley decided she couldn't afford to miss that much work. 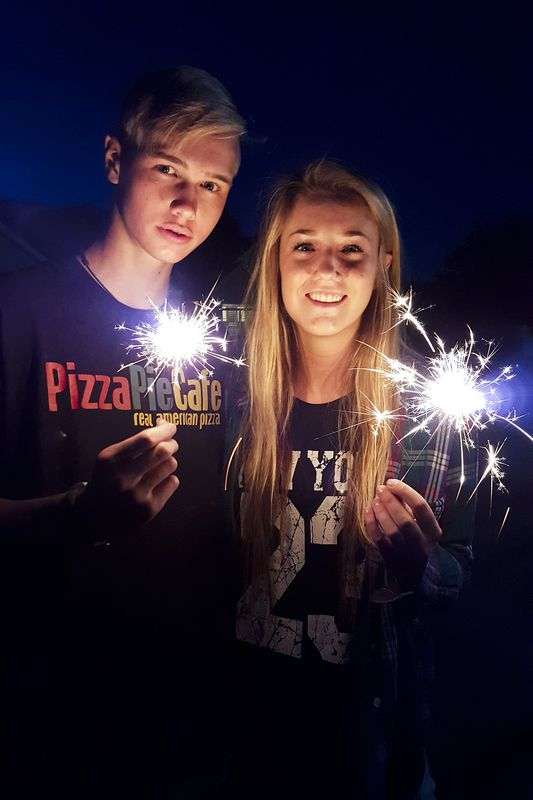 So there wasn't a family vacation this summer. (Even though the one I planned would have been awesome.) 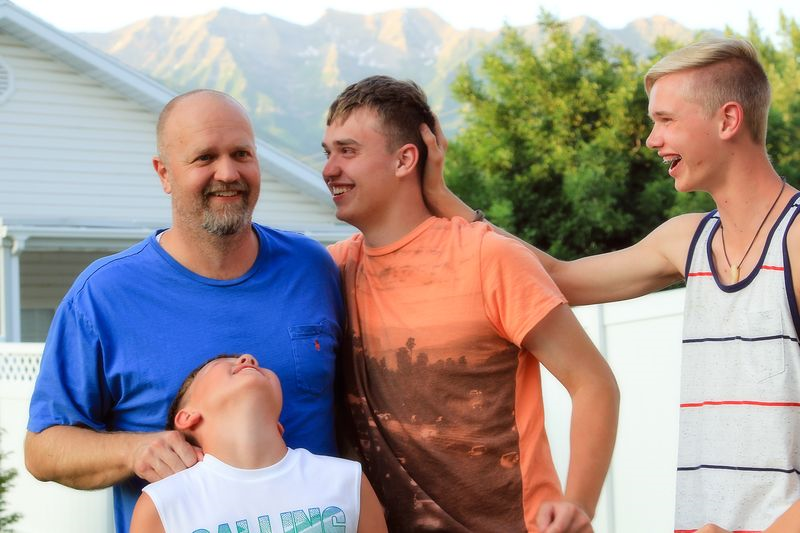 (This is on Father's Day. It took awhile to get them to stop goofing off, but I love the photos I took of them laughing together.)

Back in the first week of June, when summer was just starting, what I wanted was for our family to draw closer and get stronger. I also wanted to make some good memories. I'm not sure I accomplished that. It was more complicated and messy. But as I sent Jake and Nathan off to high school together this morning, I realized it doesn't matter what I wanted to do. My chance at an idyllic summer is over. I didn't do all of it—but I think we are a little bit closer and stronger, despite the rough and complicated bits. Or maybe even because of them. 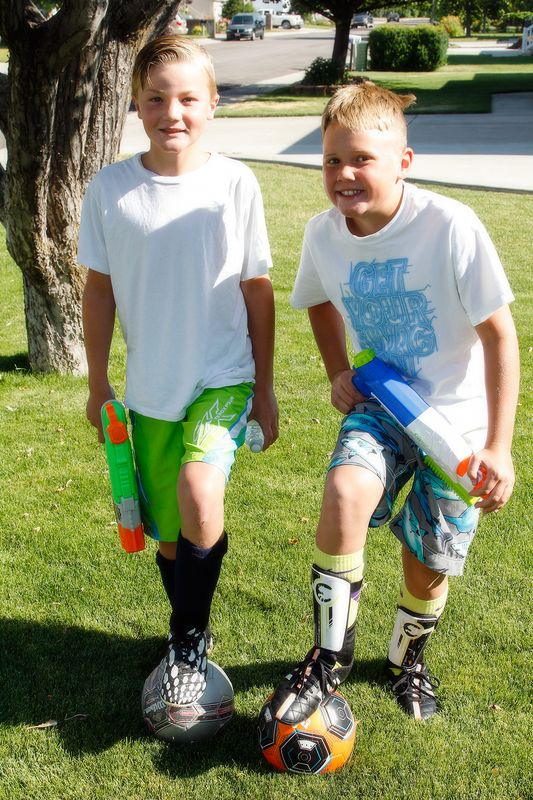 What I realized this morning as summer ended is that what I want is to hold on somehow, to everything that is fleeting, to the structure of my family right now before it changes again, and the activities and vacations are the way I try to do that. But it is also (or perhaps really) in the small moments—the time we laughed at a joke we probably shouldn't, or someone was unexpectedly kind, or we talked about nothing really important—that matter most to me. That is what life is, really, not the vacations or the extravagant outings, but the time we had together, where ever it happened. 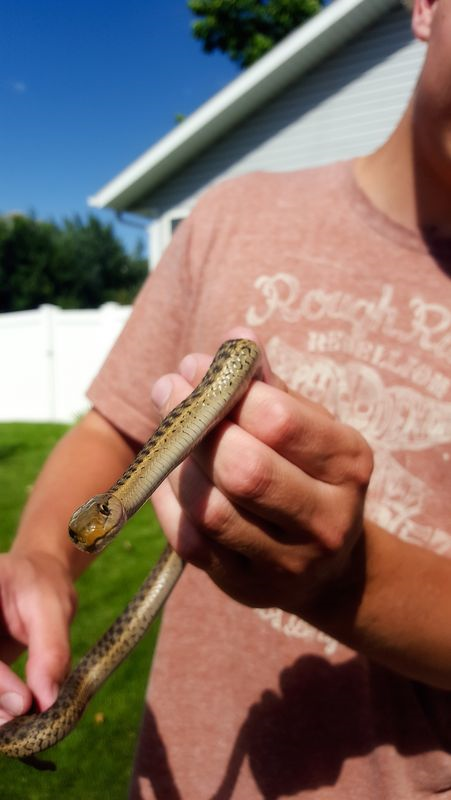 (It isn't a successful summer unless we both FIND a snake in the yard and TEASE Kendell with it!)

I just find, here at the end of summer, myself in the mental space I have been in for all of these years of raising teenagers. Wishing I could be better at it, somehow. Doubting my ability to be the mom my kids actually need. Wishing they could step into my heart somehow so they would know my intentions. Wondering if I have really shown them that I love them, if they can ever even know that. Wishing my heart could be still and I could just be confident, somehow, in feeling I had done anything right. 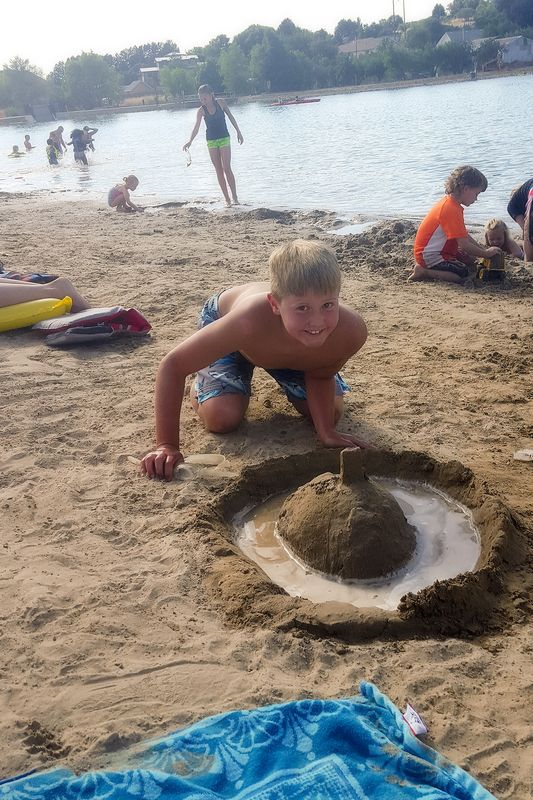 (Kaleb and I had an adventure at a new man-made pond in my hometown. I taught him how to float on his back,)

The extra week of summer I feel like we needed could hardly have accomplished that anyway. 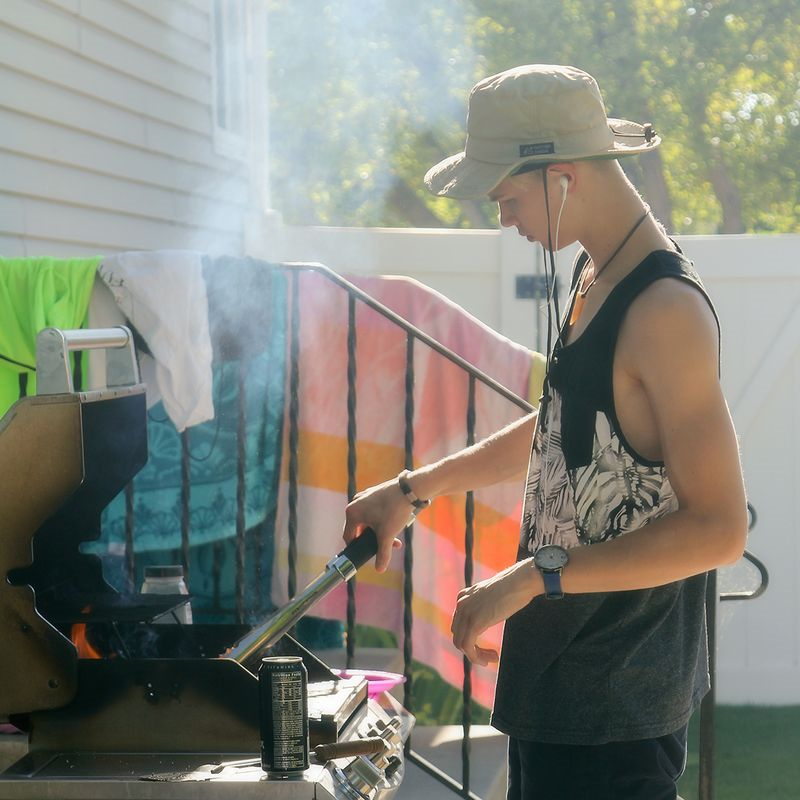 (Nathan is the grill master!)

One of my friends says that the first day of school for kids is the equivalent of Christmas for moms: all the wishes finally fulfilled. There have been summers when I have felt that way, too. But as time runs out on summers with kids at home, the first day of school is less and less a reward for me. More and more, it is a reckoning. Did I do enough? Did I tell them I love them? Did I show them any happiness? I tried. I both failed and succeeded. I can only keep trying—to hold on, to savor, to show them I love them in my imperfect ways. To hope it will have been enough. 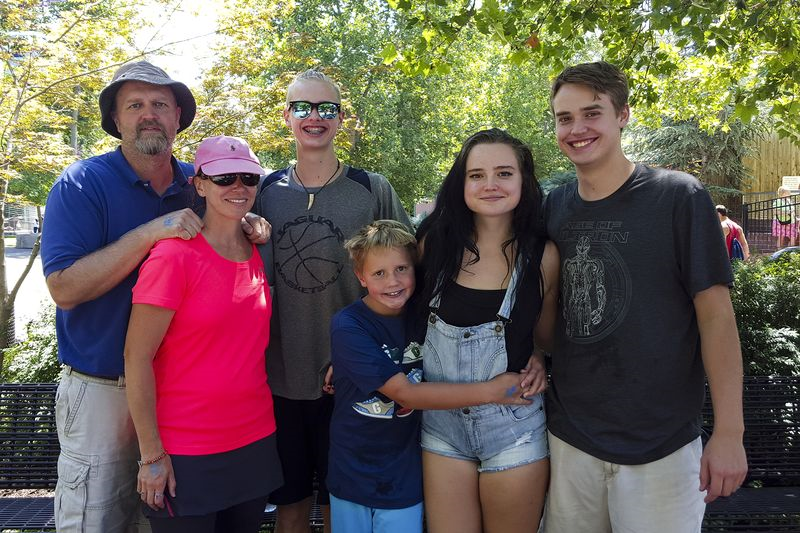 (My favorite day this summer, when we all went to Lagoon and had a great time together. These people—my family is who matters most to me. Always.)

Posted at 10:27 AM in Gratitudes, Kids, Randomalities, Teenagers | Permalink | Comments (2)

Oh, my. What lovely words you have written that I will re and re read . Words that sum up my feelings toward this waning summer. I feel that I am running after it, grabbing at it and watching it slip through my hands. I have said to so many people this week, how sad I am that summer is ending, and how much I will miss my daughter when she returns to school, and people automatically assume she's going to college. She's in high school. But I am all too aware that those college days are coming, and while I welcome them in their time, and I can't wait to see what my daughter will do with them, I am uncertain about what that will look like. So I try so hard to treasure right now, with all of its warts and disagreements and imperfections. Thank you so much for your reflection and your words.
Anne-Liesse

Always great to read and see the updates. Wonderful family.