on The Second Open-Heart Surgery

Tonight, I came home from taking Nathan to the Halloween dance to find my husband sprawled out at the end of the hall, face-first on the floor.

My husband who, today, was supposed to have open-heart surgery and who only didn’t because he got bumped by someone else’s ruptured aorta.

My husband who, when we drove home from the hospital at 7:30 this morning, said “wouldn’t it be ironic if I died today?”

Sprawled on the floor, not moving.

“Terrified” isn’t a strong enough word for what I felt.

I dropped my purse and sprinted down the hall, which has never felt longer. In my head I had this little tiny quiet space where my voice was whispering is this really happening? This can’t be happening. Out loud, I was shrieking his name.

When I got halfway down the hall, he sat up.

Sat up totally normal, if a little bit baffled by my actions.

Cause he was just, you know, lying on the floor trying to figure out where that squeak was coming from.

So then I started sobbing and hyperventilating. I sat on Kaleb’s bed and wept. Jake came rushing upstairs, and Kendell explained what had happened, and they both laughed, but I couldn’t laugh. I cried hard and ugly, my breath coming in gasps, for ten minutes before I could calm down.

I didn’t realize until those sobs came how much worry and fear I have been carrying in relation to this surgery. He’s done it before—had open-heart surgery to replace his aortic valve. It should’ve lasted for 12-15 years, but instead, last June (not even six years later) he started having subtle signs—a little out of breath when he shouldn’t be, a sluggish metabolism, having to stop just to huff sometimes during exercise—that his yearly echo/EKG confirmed were the fault that his valve was starting to fail again.

We’ve done this before.

So in a sense, it shouldn’t be this hard. I know what to expect. Sometime tomorrow, for example, one of the surgery nurses will call me to let me know that my husband is now on the bypass machine, and I will freak out a little because of the very unimaginable quality of it. He’ll wake up confused and annoyed at all the tubes and wires that are attached to him, but still underneath, his inviolate sense of humor. He’ll have to weather the healing of his chest and endure the way it pops and creaks if he moves wrong.

He’ll recuperate and heal, and I’ll help him as much as I can. I know this because we’ve done it before.

It shouldn’t be that scary—that ugly-cry, deep-buried terror I found gushing out of me tonight.

But somehow, the fact that we’ve done it before makes it even worse. Not because we both know what to expect, but because I don’t know how to trust it again. How to trust that the surgery will be successful and that he will be ok. Because we’ve done it before and he came out fine. Fine after having his heart operated on. Can I trust that another “fine” outcome will happen again?

My friends and family keep asking me how I feel about his surgery. I think wondering—do I have any premonition? This time, I don’t. Last time I was afraid of the unknown, but I was literally never, ever afraid he wouldn’t make it. I knew he would be fine. I don’t feel like it will turn out badly, either. But I don’t have that rock-solid assurance.

But what can we do? He can’t keep on like he has been, his symptoms worsening as the summer and fall have passed. He has to face the surgeon’s knife again. And I have to trust, somehow. That it will turn out well. That if it doesn’t (I erased that phrase five times before I left it here, because writing it out might make it real) I will be OK.

I have been living with the constant worry, since June: what if Kendell dies? Mostly I think that he won’t. At least—not this time. But one day, he will.

What made me stop crying and gasping and shaking tonight was when he came into Kaleb’s room, sat down next to me on the bed, and just hugged me. Right now, he’s here. He’s here with his big shoulders and strong arms, with his foibles and angers, with his laughter and appetites. I can still touch him and laugh with him and argue with him. Get mad at him and tell him I love him and ask him what that squeak might be. I have right now, and hopefully I will have many more years of right nows, but one day I won’t, and I want to remember that more clearly. So as not to waste the right nows. 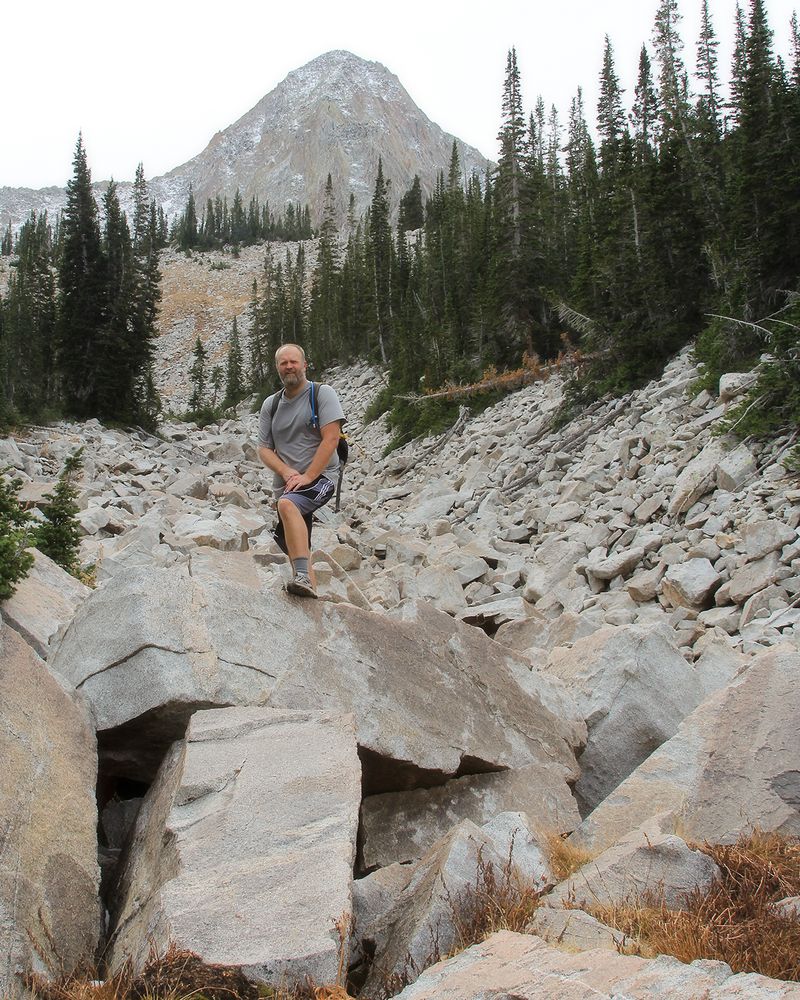 (On our last hike, just last Sunday, before his surgery. Slower than normal but he still refused to quit and made it to our destination, Maybird Gulch. Even with his bad heart valve.)

My heart is with you (sorry about the weird choice of word).

Glad to have caught the so-far-so-good post on FB; I'd have been a complete mess. I admire you so much for your candour and ability to write it all down and post to your blog, while it's all happening around you.
Hang in there.

Prayers and courage and healing to you and your family.
Anne-Liesse

Oh my gosh, my stomach dropped at your first paragraph. Also, your reaction is exactly what I would have done, pretty positive.

Wow-what a story. What a way to start the story, although it was heart-breaking and made me stop and read it twice. So glad it turned out okay in the end. Good luck to you and your family as you go through the surgery and recovery.

just saw this and have started my own prayers for you and your family. Please keep us posted, we want to rejoice with you when the expected wonderful outcome arrives.