Words for the Men In My Life Who Voted for Trump

I have a theory that there are two types of men who voted for Trump: one is men who believe the rhetoric, who want the wall and the labels and the restrictions, whose fear-based hatred of anything Other drives them to stupidity and violence; and two is men who believe that there was no clear, good choice but that Trump was the least bad of two bad choices.

And while I disagree utterly with your assessment and choice, I can say that you are men who fall into the second camp. You see Trump’s ugliness and implied violence and fascist slant, and you voted for him not because you admire that about him, but because you thought the other option was worse.

I know that you are in the second group because I could not bear to associate with the first type of man, the type who hates based on race, gender, orientation, or anything not inherently evil. And because I have seen your goodness in other settings.  And because you have told me you only voted for him because of the other option. 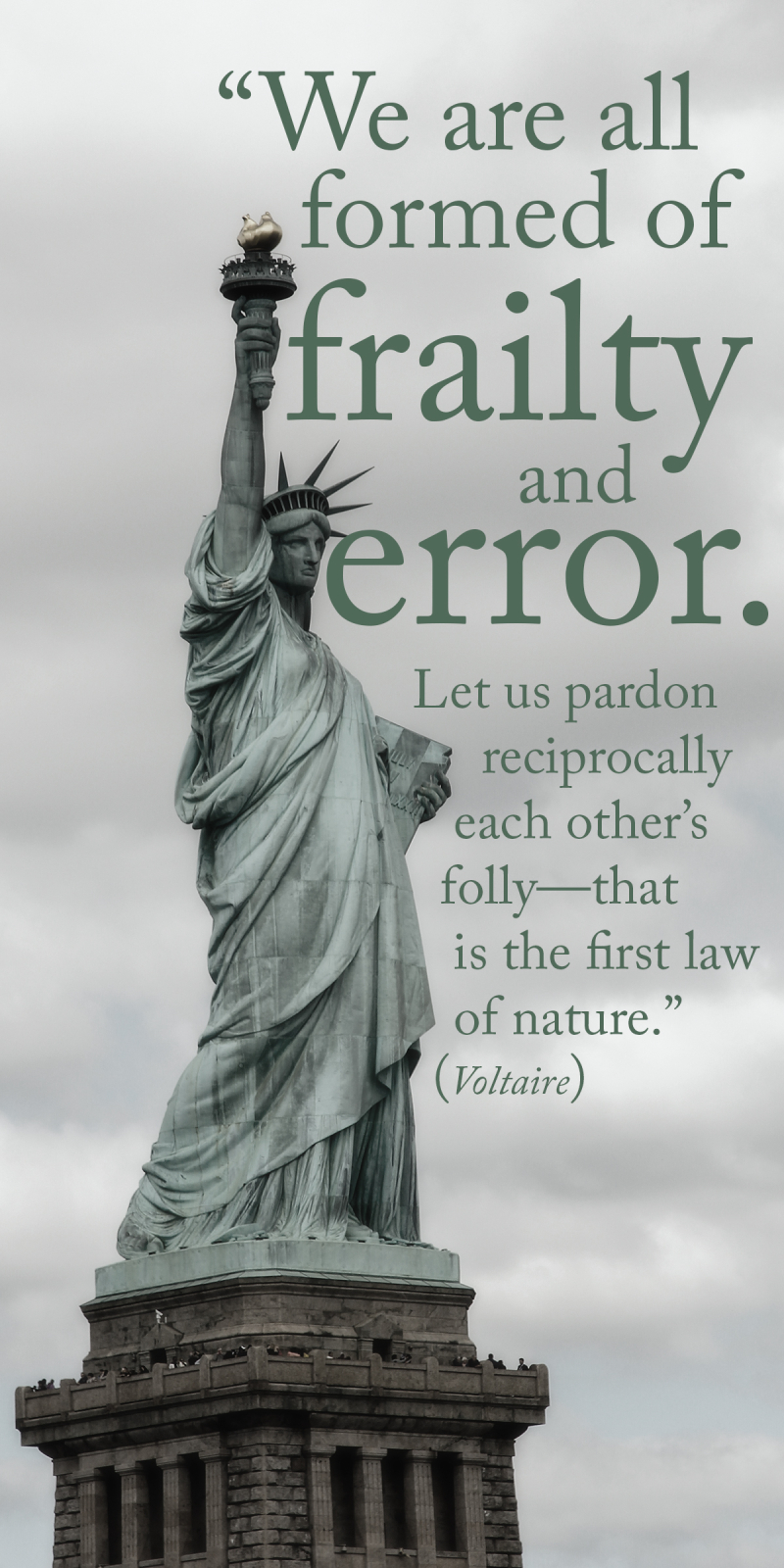 When the election results began coming in last night, I began to panic. My heart started pounding, my chest ached, and I had a hard time breathing.

Because for me, choosing Trump is untenable. Choosing a bigoted, racist misogynist with the temperament of a grumpy toddler who needs a nap as the leader of the free world is not the least-worst option out of two bad choices. It’s the worst possible choice we could have made, and I expect absolutely nothing good to come from it.

And as the night wore on I grew angrier and angrier, my lungs tighter and tighter until I found myself making a sound that I had only previously made at someone’s death, a breathless, wailing keen of grief.

No one died, but something died.

My belief that Americans are, at their core, intelligent people, perhaps.

My faith in our judicial process.

But also…my trust in you.

How can this dissonance stand? How can good men vote for such a bad man? Is all of your goodness negated by this bad choice?

I still think you are good men.

But doubt has crept in to my feelings about you.

My concerns about Donald Trump as a president are myriad and complicated and deep. But my two largest are these:

Will he protect the environment? (No; he has stated that he believes climate change is “bullshit” and high on his priority list for his first 100 days is negating the Paris Climate Agreement and besides, he obviously has chlamydia from all that time he’s spent in bed with Big Oil.)

Does he stand up for human rights? As a feminist, I am most deeply worried about him stripping away women’s rights, because I know that when women start losing their rights, so do all the other groups that are seen as Other. (This is how I can answer that question: Nathan, today, in attempt to get his mother to stop weeping, joked with me. “Mom!” he said, “do you think Donald Trump likes libraries? He’s gotta like libraries, right? Who doesn’t like libraries?” and then I fired back, “No! Of course he doesn’t like libraries. He likes strip clubs and women with big tits in short skirts that make it easier for him to grab them by the pussy” and if that doesn’t illustrate how devastated and destroyed I am by this election—the fact that I shouted two words I absolutely detest at my 16-year-old son whom I adore—then I don’t know what could. Donald Trump will not stand for women’s rights; he will try to strip them because stripping is what he does to women. He stands for the rights of wealthy white men. Preferably angry white wealthy men who cannot bear the social ramifications of treating all people like human beings. He sees women as objects for having sex with.)

The man you voted for is power hungry and he will use that power to do bad things.

Already he is doing something bad: he is infiltrating my relationship with you. He’s making me trust you less. He’s making me wonder whose side you’re really on. He’s making me a little bit terrified that you are secretly men of the first camp, men who ridicule women, minorities, handicapped people. He’s making me fear that, given the choice, when Trump starts trying to give women’s power back to men, you might be tempted to accept it.

Before this vote, I never saw you as the patriarchy.

But now, a little, even though I still think you’re good men—now, you too are the patriarchy. To me, in my heart.

I trust you less.

(And, honestly: I am angry at you. So, so angry. Whatever political reasons you had for voting for Trump should have been superseded by a non-negotiable abnegation of Trump’s views on women, because I am a woman, because your daughters and your sisters and your mothers and your aunts and your neighbors and your friends are women, because I know you know women aren’t only objects but people, but when you voted for him you negated that. I am so angry I want to punch holes in walls and throw everything breakable around me against cement, I would like to incite violence against you but there is a small voice that says but they would only think you are a hysterical woman and see: already how it has changed, my trust in you.)

So here is what I need from you. From the men I know who voted for Trump.

If you want me to trust you again, if you want our relationship to be based in respect instead of fear, if you want to earn back my open and untainted affection for you, you have to doubt.

You have to tell me, “Yes, I voted for Trump, but I am not sure it was the right thing.”

You have to watch him and be sickened.

You have to know that you have lost any right to complain when his policies affect your life in negative ways. When that happens—and even though you are white men, it will happen even to you—you only get to take it.

You have to protest. You put this man in office, so when he does bad things, wrong things, horrible things, you have to stand up to him.

When he tries to lay waste the environment, you need to be there, protesting with signs, shouting and objecting.

When he tries to take away my rights as a woman, you need to stop him.

Your actions need to prove your words to me, if you want me to believe your motivations.

If you only voted for him because he was the lesser of two evils, if your choice wasn’t based in fear or misogyny or narrow-mindedness but in your belief that it was the only not-horrible choice, you have to prove it.

And you prove it to me by fighting against the awfulness you claim to know he is made of.

I need a few days, honestly. I need to grieve. I need to learn how to be in this new world where I am stripped of male allies. I need to know how live with my distrust of you.

I need to tape my shattered self back together.

And then I’ll be fighting, against Trump and all he stands for. And you’d better be there, fighting with me. Because if I’m fighting that fight alone, I will need to learn to fight all the fights alone.

Don’t let me down again.

(These 1349 words are for the men in my life who voted for Trump. I have no words at all for the women who did.)

Hi Amy. I read your blog but I don't usually comment.

This essay is amazing. You have perfectly expressed how I am feeling. I live in a very red state and I am having a hard time looking men AND WOMEN in the eye these days. The feelings of anger, grief, and disappointment in my friends and neighbors is overwhelming. Thank you for writing this and putting it out there.

Thank you for this. The question in my mind is why did women vote for him???

I agree wholeheartedly! And I also have the question, why did any woman vote for him??

So well said. I've always believed that our country is the best and now I am flabbergasted and disheartened and so, so very sad.

John Scalzi (a very good sci-fi writer) wrote an amazing piece comparing the people who voted for Trump but want to also decry his racism/sexism/other hate-filled rhetoric to people who buy a cable package because they want one thing (say, HBO), but they can only get it if they also subscribe to Cinemax. They say, Oh, no, we don't like Cinemax, we'll never watch it, blah, blah, blah. No, but by subscribing (or voting), **you are supporting the other thing**. The thing you say you are not for. It's a package deal.

Thanks for your powerful, beautifully expressed essay here - I take heart from it and the comments others have made. We struggle to make sense of what has happened in the US from our small country; we worry that there is nothing we can do from our small corner. But know this: we will stand with those who protest against what will come. I am sure there are people all over the world who will stand with you too.

This. A million times this. You have so perfectly described the way I am feeling and the reasons why.

Thank you Amy! My heart is with you and all of us.

Well said. I've been trying in vain to get people to understand that when they voted for Trump, they voted not to save just the Supreme Court, or unborn babies; they voted for the racism, the sexism, the misogyny, the loony foreign policy -
the whole package. They can say, as in the cable TV example, "I didn't vote for the racism" or "I'm not responsible for that" but it's a package deal and they voted for it all. Carried to its logical extreme, anyone who lives in a red state and voted for Trump is (and will be) partially responsible for all the damage that he and his followers inflict upon the nation. It makes a lot of voters uncomfortable when one tells them that.