Home Archives Profile Subscribe
I Guess I Will Have to Forgive Him Or, the Continuing Trials of A Recuperating Husband
Book Review: Dreamer's Pool by Juliet Marillier 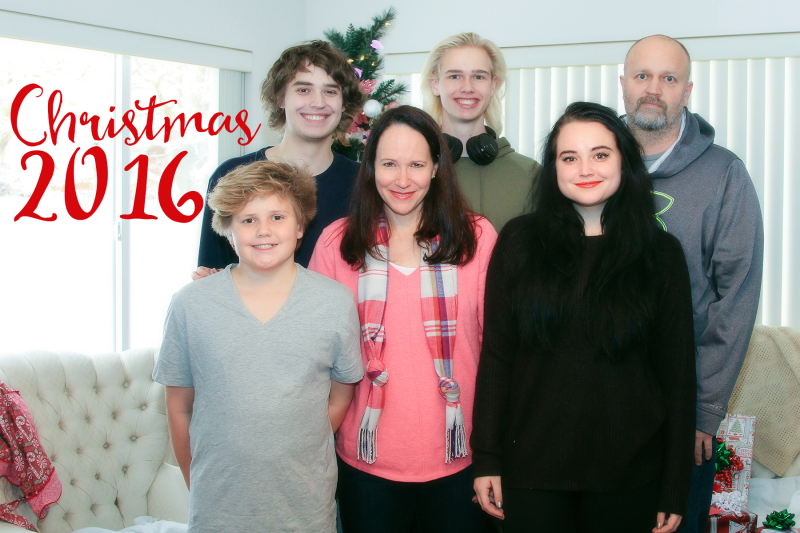 In my scrapbooks, I don’t only tell the happy stories. I am OK with documenting what was hard, or difficult, or even downright painful. Some scrapbookers see this as sort of…strange. Or even damaging—does the future really need my record of imperfections? But for me, I feel like only scrapbooking about the positive is inauthentic. I wish I knew how my grandmother or great grandmother struggled with her marriage or her mothering, what she learned from her disappointments, what dreams she didn’t achieve and how she dealt with it.  (I would like to read any of my ancestors’ thoughts but, alas, almost none of them were journal keepers.)

I tend to joke around Christmas about how I have offended the Gods of Christmas. (By which I don’t mean Christ, by the way.) We seem to always have something difficult or problematic happen right around Christmas: stitches, puking, step throat, a few really ugly arguments. One year I nearly burnt the house down; one year we couldn’t get out of the garage because the spring on the door broke. Kendell and I always have holiday tension because our ideas about Christmas (especially Christmas spending) are so different, so he’s usually mad at me because he thinks I spent too much and I’m mad at him because he can’t just leave it alone.

So I have stopped hoping for a “perfect” Christmas. One without any mishaps or sick kids or arguments. Instead, I try to celebrate what was good and fun and sweet. But when I sit down to write the stories of our holidays, it is impossible for me to only write the good stuff. Some years I can write the stories easily enough, but this year isn’t one of them.

Even though our Christmas disasters were mostly averted.

On Christmas Eve, for example, just as I was washing the last dish before I went to bed, I thought  wait a second…why is my foot wet? What is dripping on my sock? And then I realized I was standing in a puddle, because the garbage disposal sprung a leak. The cupboard under the sink was full of dirty water, all the way up to the lip, and it had started flowing out. So that was a giant mess, but at least I noticed before I went to bed—it would’ve been much worse if it sat all night.

(It did mean that, even though I thought this year would be the year that I managed to get to bed at a decent hour, I didn’t actually get to sleep until almost three.)

Nathan, Haley, and Jake have all been sick this month with colds; Jake actually had pneumonia. But they were all at least starting to feel better, so while there was coughing there wasn’t misery.

Until, at about 9:00 on Christmas morning (yes, I did sleep until he woke me up!), Kaleb came upstairs feeling like he was going to throw up. He spent a miserable hour lying in the bathroom…but then whatever it was finally passed; he didn’t actually throw up and he started feeling better. (If you knew our history of Christmas Stomach Flu you would realize what a miracle that was. I think that for at least half of our Christmases, someone has either been down with the rotavirus or just recuperating from it. It is the plague the Christmas Gods curse me with.)

So the Christmas disasters were manageable.

I think why I am having the hardest time writing about Christmas is because of how different this year felt. I just felt…sad. Sad all the time, in nearly undefinable ways. As if the fleeting quality of life had been drawn in sharp relief against my heart and that is all I could feel. It felt like a transition, somehow. Like next year will be different and so I needed to savor the end of what is usual for us. Even though Kaleb has joined the ranks of the unbelievers, and that’s already unusual. I decided to give myself a little break this year. Instead of putting most of the gifts under the tree on Christmas Eve (and spending an hour putting bows & ribbon on them, because you can’t put the bows on and then tuck everything into the various hiding places, right? The bows would be squished and squished bows make me sad.), I put them under as I finished wrapping them. I only kept one gift for each kid to be from Santa. I was sad about this non-believing state we are in this year, as playing Santa has been one of my favorite parenting responsibilities.

But I tried to remember to savor what this year brought, instead of focusing on memories, and that helped me notice how happy Kaleb was. He would take stacks of presents downstairs for me as I finished wrapping them, and kept everything arranged neatly as we added more. And in the end, after we’d opened presents (we didn’t even start opening till 11, mind you, because Kendell insisted on taking the disposal out that very morning), Kaleb told me “this is the best Christmas we’ve ever had.” And then he said “Thanks, mom, for working so hard to make it so nice” and then I managed to not cry when I hugged him because when you’re playing Santa, no one thanks you, but when you’re just the person who buys and wraps the gifts…someone thanks you.

I was worried about Jake, too. He’s had a harder first semester at college than he had anticipated, and is dealing with some depression and anxiety. I so wanted him to come home and have a really good, peaceful, happy experience. I watched him throughout the day (while trying to look like I was just Normal Mom instead of Worried Mom) and I noticed something: he has entered the phase of Christmas nostalgia. He said several times “remember the Christmas when…” and then, when we took a break from opening gifts to have some food, he took a dip sniff of the hot wassail in his cup, sipped it, and said “that. That is Christmas to me.” And then I had to try not to cry again because it felt like a message tossed back through time to all of the Christmas Amys I have been, exhausted from making Christmas: he noticed. The magic worked and he will be able to remember Christmas with happiness.

There were some other really good moments, like the joke they kept making about the paper that said “ho ho ho.” (Young adults make jokes like that despite my protests!) Or like when Haley (who’s “big” gift this year was new brakes for her car and so had fewer actual gifts under the tree) said “wait a second, I just realized that I won’t have something new to wear” and then the next present I handed her had a sweater in it—a sweater that she liked! And when I remembered that I’d also stuffed each of their little stockings (they have a small stocking that’s actually an ornament with their birth year on it) with one thing, and I had them find them on the tree. (That was Nathan’s idea, as a few years ago I’d put his much-coveted butterfly knife in his little stocking, and he wanted that to happen again; even though there wasn’t a knife in his this year he was happy I did it.) (Nathan loves knives. It’s one of his quirks.) Or when the kids sent me on a treasure hunt to find the gift that Kendell had got for me that they couldn’t figure out how to wrap. (New snowshoes!)

Writing this, I realized that maybe before I could write about my kids’ Christmas experiences, I needed to process my own. Christmas is joyful but it isn’t always perfect (wait! Is it ever perfect?), and working through whatever was difficult helps me to feel the joy more clearly. I can’t pretend it wasn’t there—but writing my way through it (instead of around it) feels the best for me.

So instead of giving you a list of Christmas journaling prompts, I only have one tip: just write something. Write the good details, the hard ones, the funny ones. Write about what felt real to you, even if it wasn’t perfect. This Christmas will never come again. It is in the living of it, good and bad, that we make the experiences we will remember but that are also so easy to forget, so it is in the writing of it that we get to keep them.

(But, this post HERE has a downloadable file with 31 Christmas journaling prompts if you want more suggestions!)

So much of what you wrote here resonated with me, even though I'm in a very different stage of life- my daughter is 4 and this was the first year where Santa was a big thing for her. I struggled more than I thought- I want it to be perfect for her and everyone, and of course she asked for EVERYTHING she saw in the shops then woke up excited for only three things, only one of which she was actually getting from Santa. *sigh* and there were the very few thankyous, and all the frustrations that go along with an overtired, excited four year old. So your writing is a great reminder for me to look for the things that were good about *this* year, and not to forget the difficulties (next year: REALLY clarify the list) and to remember that things will continue to change year by year. I really loved the way you wrote this piece- it is really emotive and engaging. Thankyou.

I've struggled with some of the same things this Christmas. My youngest son (14) has pneumonia, started the last day of school before break. My oldest son (23) was home for Christmas but fought with the middle son (20). My husband just started a new job after four months of unemployment. Was it the Christmas I hoped for? Absolutely not. Were there moments of joy? You bet!
Your blog is reassuring to me; you are so authentic. No "highlight reel" here, just thoughtful and realistic writing. Thank you!

I've been trying to put bits of real life into my December Daily this year, like the fact that we're almost always grumpy when we're putting up and decorating the tree (which might serve as a reminder to do something different next year.) It's primarily because we *get* the tree the weekend after Thanksgiving, but don't always have a chance to decorate it before going back to work and school. So we're trying to do it on a weeknight and I want it to be magical and none of us are really in the mood. So, we probably either need to actually do it on the Sunday after Thanksgiving, *or* just wait until the following Saturday to get the tree!