Home Archives Profile Subscribe
Women's History Month: A Collection of 31 Personal History Prompts
On Sugar (or, On Not Eating Sugar)

Why I Am a Feminist

Because I was born to a mother who is also a feminist. She taught me to cook and bake, to sew a straight seam, to love my family; she taught me that my value was only in homemaking if that is where I wanted to place it. She taught me I could choose who I wanted to be, no matter what church leaders or teachers or the prevailing zeitgeist said.

Because I had three sisters. 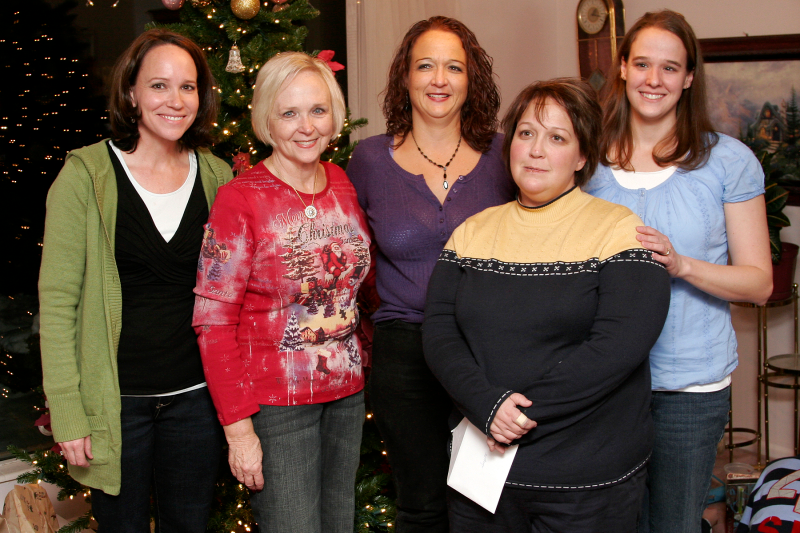 these women are my origin story.

Because I was a strange, shy, quite child who lived in her head and imagination but, brotherless, really only knew anything about the male species via novels.

Because of gymnastics coaches who taught me that women could be more than only mothers and who then, quite often, acted as surrogate mothers to me, at least as far as bandaged rips and taped ankles and consolation and encouragement and cheering go. They taught me lessons about doing hard and terrifying things, about facing my fears straight in the face, finding the space inside myself that let me believe I could do the seemingly un-doable thing, and believing that space was right. They taught me I could fly and sometimes I did, and even though I can no longer do a double full or a giant or a front flip, I still can do a cartwheel, I still remember every swing of my last bar routine, I still find that the space is structurally sound. I don’t fly anymore, but I still draw emotional strength through the physicality of my body. 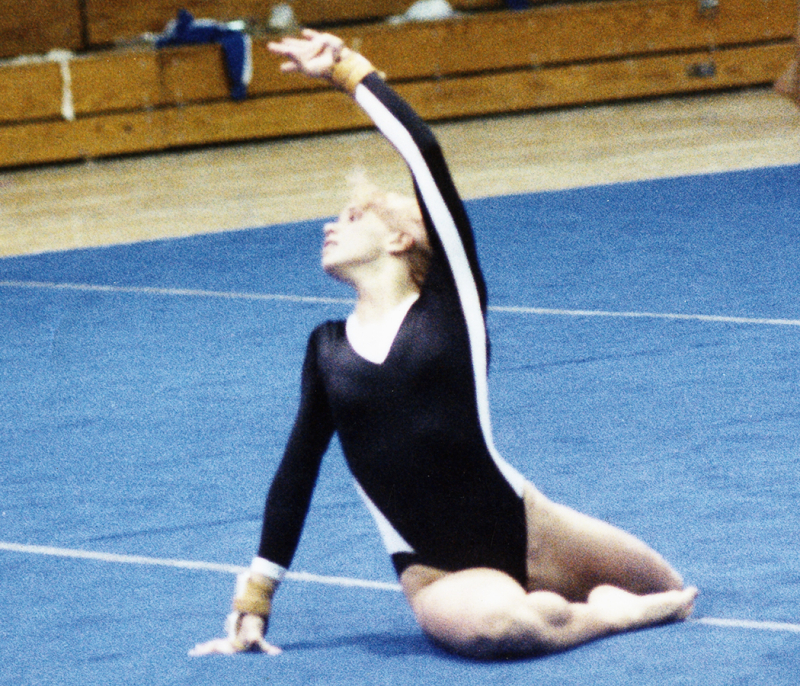 Because in the summer after third grade I sat alone in my backyard and I could hear the girls playing on the other side of the field and I wondered then at girls’ capacity for cruelness, how the world seemed to think we were soft and sweet but mostly we were crocodiles.

Also because he made a beautiful yard and planted all the flowers and grew tomatoes, peppers, summer squash; because he mowed the lawn and never taught me how to do any of it. Because he didn’t teach me how to throw a baseball (even though he loved baseball and, by all the family legends, was quite good at it) or how to throw a football (even though he played football in high school) or a basketball. Because he was quiet and suppressed and never found his way, never found his true calling, never felt like a successful man.

I am a feminist because of my rebellious adolescent years, when the only tools I had for dealing with what I was experiencing was what I had learned from John Hughes movies, from Disney princess ideals, from the social understanding of what “romance” means, from, even, romance novels. Because I fell for the fairy tale image of what society says relationships should be like and then reality didn’t make any sense. Because no one, not even my mother, had taught me that I needed to know myself before I could be loved by someone else. Because I didn’t know it was not just OK but even good to define yourself free from the definition of boys.

Because real, true women friends are hard to find but, when found, they are irreplaceably valuable in your life.

Because I had to make some hard choices that grew out of misplaced ideals and muddled understanding, because those choices changed everything, changed me in ways I am still experiencing, and that was empowering but I never should have had to make such choices in the first place.

Because I can debate with my friends who have different ideas about what is right and wrong and we can disagree but still respect each other.

I am a feminist because of books. Because of Anne, Laura, Harry (not Potter but Crewe), Louise, Kit; Petrova, Paulina, Posy and all of the other Shoes girls. Because of Pippi and Nancy and Mary and Sarah and Lucy and Charlotte and Meg and Karana, not to forget Meg/Jo/Amy/Beth. Because of Esther and Edna and Moira and Maddy and Elaine and Esperanza and Clarisse and Morgaine and Lavinia and Orual. So, not just because of books, but because of characters in books who suffered, survived, learned, changed, grew, discovered. I couldn’t learn just by living all of the knowledge I have gained through fictional characters, who have all taught me something about what it means to be a woman and, equally, what it means to be a person alive on the earth, trying to live a good life. Trying to be brave and true.

And because of poems. And poets. Poems have saved me more times than I can list, because I have found myself in them and because I have found an Other in them, because they have given me words when I couldn’t speak or they have spoken the words I didn’t know I wanted to say. And, if poems then poets: Emily Dickinson, Edna St. Vincent Millay, Anne Sexton, Sylvia Plath, Mary Oliver, Sharon Olds, Anne Stevenson, Louise Gluck, Jane Hirshfield, Josephine Jacobsen, Adrienne Rich, Muriel Rukeyser, Marge Piercy, Naomi Shihab Nye, Carolyn Kizer, Carol Ann Duffy. 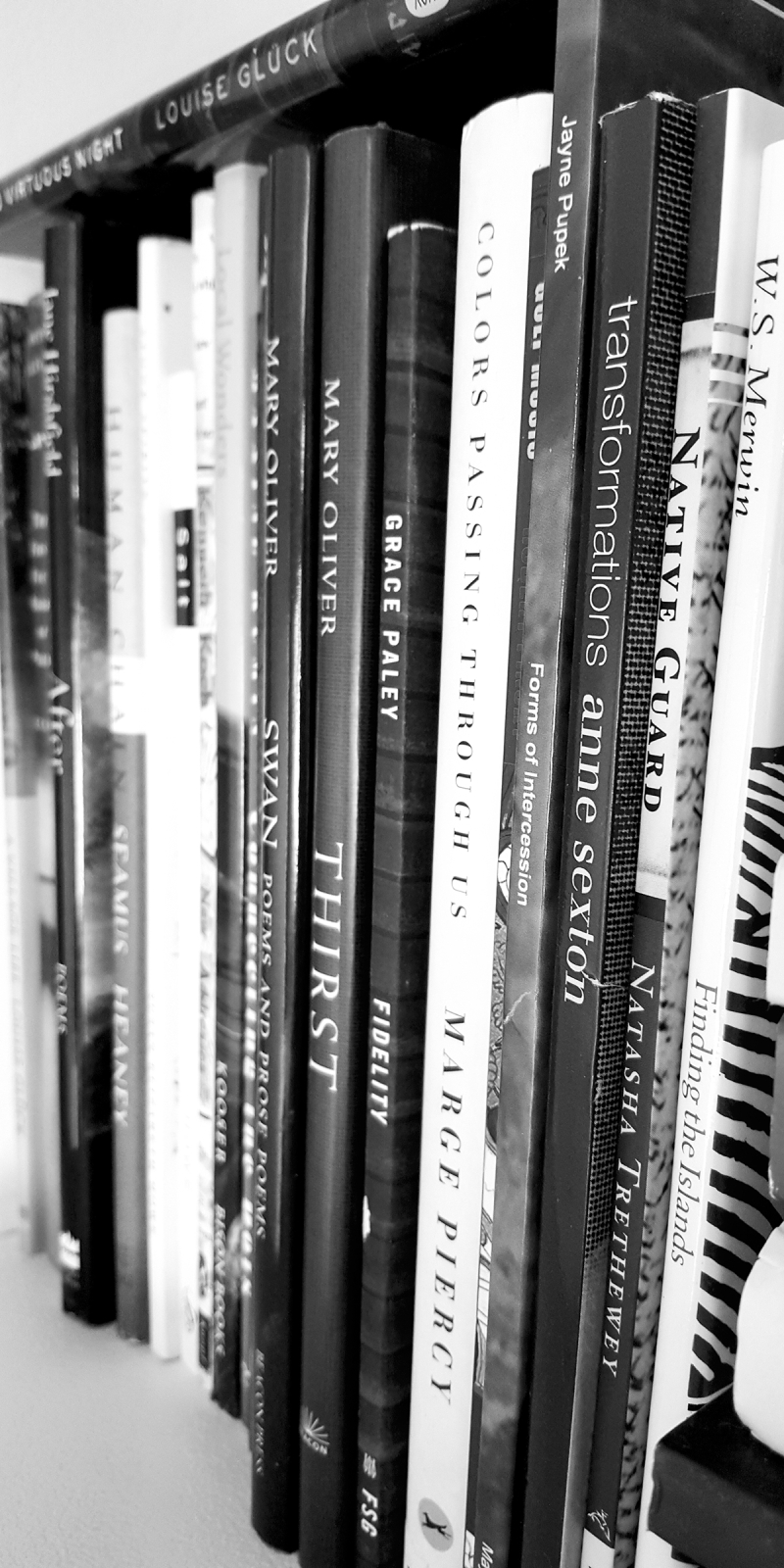 I am a feminist because in seventh or eighth grade I wrote a research paper on the Salem Witch Trials and it disturbed me on so many different levels, the betrayal of women by girls, the betrayal of women by society, the malice and menace of human violence expressed in real terms against real women’s lives: that little research paper changed me utterly. Then, decades later, I found I am a direct descendant of a woman killed in those witch trials, Ann Poindexter, and a puzzle piece of my life fell into place. I am a feminist because I want to teach all of my little great-nieces what witches really are: women who threatened the patriarchy.

I am a feminist because I became a teacher and discovered, among so many other things, that the idea of teaching being the perfect career for a mother is a lie. Because it is immoral and despicable how teachers, more and more and more of whom are women, are treated by this country, specifically by this state. And because the nation’s regard for the education of our children is so small.

Because of college and because of what I learned in college: literary theory, feminist literary theory, queer theory. History. Linguistics. Folklore. Because of Mary Wollstonecraft and Simone de Beauvoir and Virginia Woolf and Luce Irigaray.

Because I am a Mormon—because I am a Mormon. Not because Mormonism lends itself to feminism; it mostly doesn’t. But because Mormonism needs feminists, it needs open minds, it needs broader thoughts or its sons and daughters will never change. Because Mormonism says “here is how to live your life” and my heavenly parents teach me “yes, perhaps that’s the ideal, but here is how to live your life, the one we gave you, the way we made you, the one we are making together” and because I see the most beauty in the non-traditional, non-conforming outsiders. Because I know our outsiders’ voices will make all the difference, but only if we open up our lips and use them. 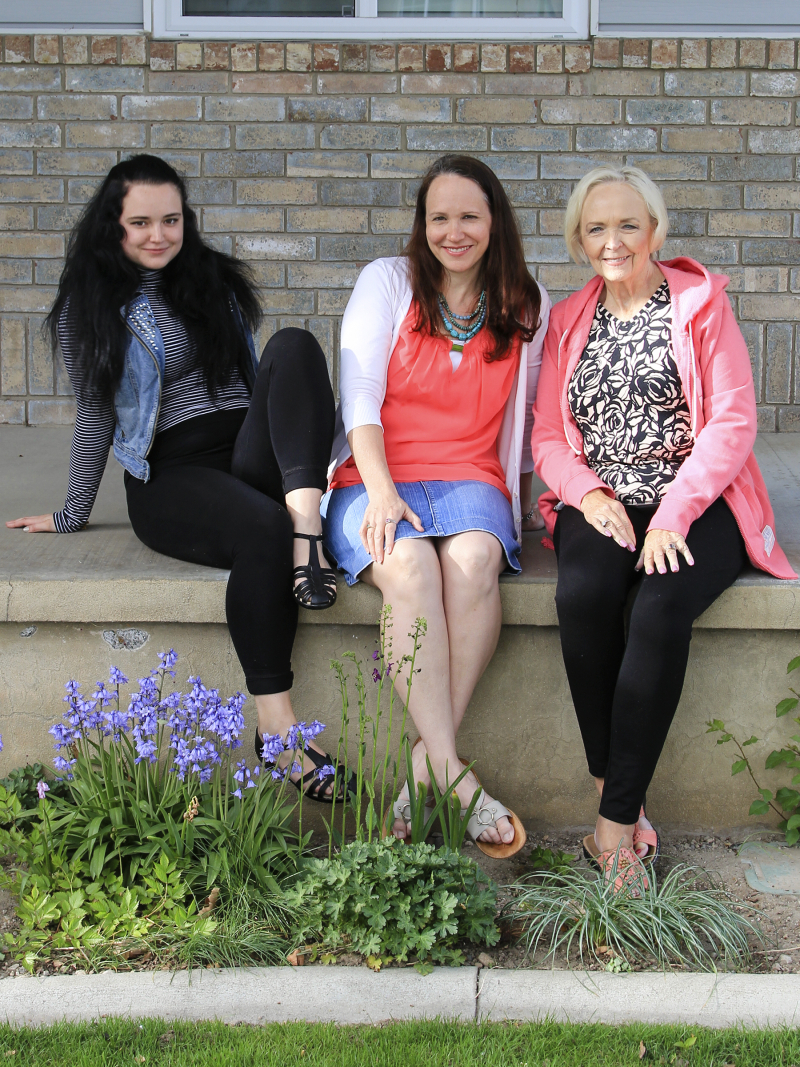 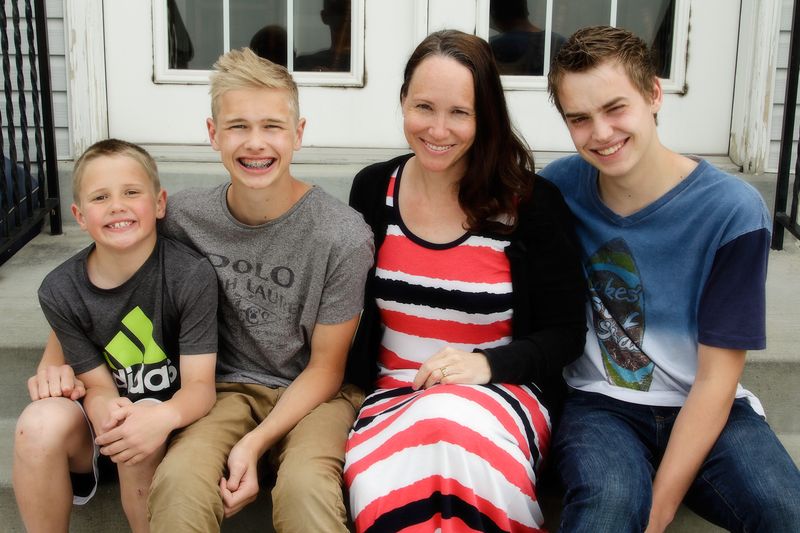 I am a feminist because I believe I should make the choices of what I do with my body, not the government, not religious leaders, not my opinionated neighbor.

I am a feminist because I have been changed and influenced by so many good women: my mothers, my sisters, my friends both current and past. My friend Chris who is still, almost 30 years later, the bravest person I know. My two favorite college professors, Susan Elizabeth Howe and Laura Hamblin (and I am a feminist because of my least-favorite college professor, who had that air of some old-school professors that male poets were the real writers, while women poets were just hysterical, made worse by the fact that he wasn’t old at all). My grandmothers, Elsie and Florence, who each taught me something about womanhood, who I wish I could have known as an adult. The one young women leader, Lori, who, when I was fifteen and sixteen, looked past my black clothes and bad attitude and saw a person who needed love and acceptance more than conversion. I am a feminist because I have been blessed to learn from amazing women my entire life.

I am a feminist because I have read about feminism and studied the writings of actual feminists, because I know what it means more deeply than a few soundbites on cable TV news, because I will never understand women who say they are not feminists.

I am a feminist because there is always more to learn, more to change, more to fix in the world. Because we will never be finished with equality.

I am a feminist because I believe—no, because I know—that all people have amazing sides and dark sides, good and bad, unique ideas and abilities. Because there are always limitations but gender, race, nationality, identity, religion, socioeconomic levels should not be limits.

Why are you a feminist?

You made me teary, again. This was just beautiful.

Good post- as usual. I think the reason that I am a feminist (to keep it very short) is because I am comfortable with who I am and where I am.

Great post. I'm a feminist because of the women in my life who have shown the way. Especially because of the women who revealed the 'unfortunate experiment' that took place at our National Women's Hospital through my childhood and adolescence. The bravery and intransigence of Sandra Coney and Phillida Bunkle forced an enquiry that made something better come out of it. They were the first women I heard call themselves 'feminist' and I wanted to be like them.
http://www.womens-health.org.nz/consumer-rights/cartwright-inquiry/

Great article! I'm a feminist because that's who God made me to be!

Wonderful writing Amy. Please don't stop blogging as your writing is wonderful. I'm a feminist as equality is still not here and my daughters and son need to see someone standing up and speaking out for something they believe in and that hopefully life will come closer to being equal for each of them.