Today is the 18th, which means it’s time for another edition of 18 on the 18th. Hi Angie! Hi Elizabeth!

I’ve decided to not view my failure to manage to take 18 pictures as, indeed, a failure. Instead, I will just celebrate the photos I did take, while just using words to describe 18 things about today.

How was your April 18th? I hope it was full of orange tulips and bright green grass! 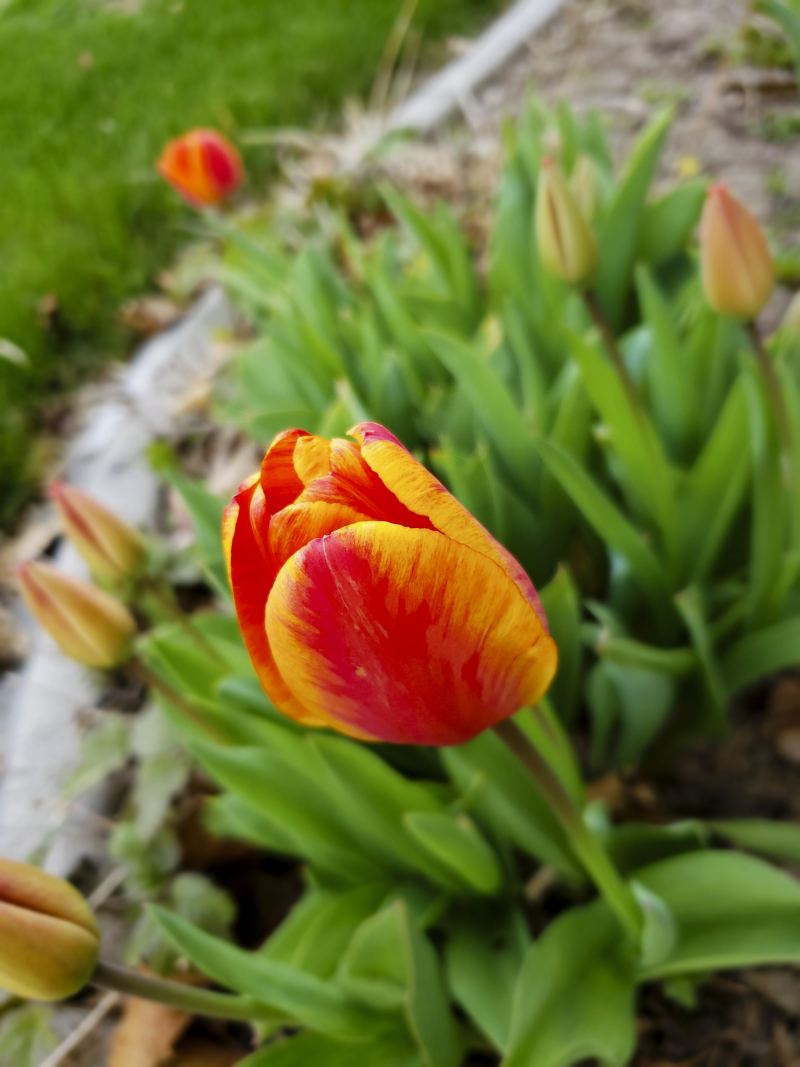 Your majestic superhero librarian photo is wonderful. The carrying two-stacks up the stairs is something I never quite mastered. Oh well.

19. You wrote this great summary of your day and posted it to your blog. Well done. No tulips or green grass yet in Chicagoland but they're coming. It's all good.