Home Archives Profile Subscribe
Lemon Bundt Cake or, the Secret to Getting the Bundt Cake out of the Bundt Pan
Book Review: The Quilter's Apprentice by Jennifer Chiaverinni

A few weeks ago, I went shopping at Macy’s for the last time. Or, at least, my local Macy’s, which is now closed. It made me think about all of the stores we used to have that are gone: Weinstock’s, Mervyn’s, ZCMI, Sears. We used to have a Nordstrom in our valley, which was lovely. I still miss Robert’s (a craft store), and, even though I haven’t shopped there for a couple of years, it is so weird to me that Toy R Us no longer exists. 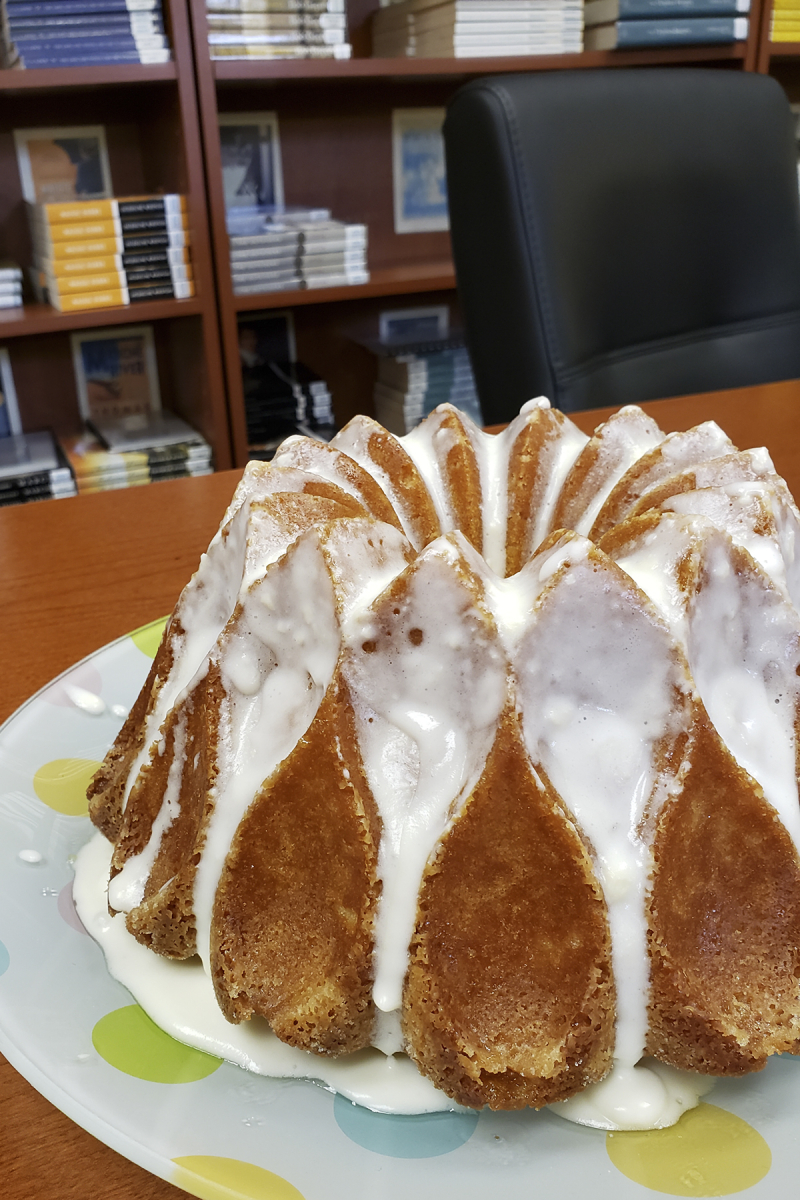 I totally forgot about it until this morning, when I needed to make a cake for a co-worker’s birthday, and I wanted something pretty and delicious but also, I was tired.

So I made this lemon bundt cake, but I was full of trepidation. Because, you know it’s often complicated to get a cake out of a bundt pan. And that’s the usual bundt pan, but this one is built of peaks and teardrops…a whole bunch of possible cake breakage points.

But I used my knowledge and, sweet! The cake came out just fine, and it was fairly beautiful, and I think it was pretty delicious, too.

Here’s the secret to getting cake out of a bundt pan:

The combination makes it so that the cake almost always comes away clean. Now you know how to get that cake out of an intricate pan, you should buy one too!

Here’s a printable version of the recipe I used. I love the addition of a lemon syrup, because it crisps up the edges and adds a delicious sourness. Let me know if you try it out.