It’s been a really long time since I stayed up until the wee morning hours finishing a book.

Like…I don’t even remember. All the Light We Cannot See maybe.

This 40-something woman values her sleep.

But I’ve recently hit a spate of frustrating reading. Books I really want to read but then they don’t grab me. Then I finally found two that did pull me in…but they are both really heavy so I can’t stay inside them for hours at a time.

(This 40-something woman also values her mental health.)

At work on Friday I read a review of a young adult novel and I thought “that sounds good, wonder if we have it?” and we did, and it was on the new book shelf.

So I grabbed it and checked it out and read a few pages at the long stoplight on my drive home and I was hooked. We went on a date Friday night (we saw Trevor Noah’s live show) and Saturday was busy with Saturday stuff, so I didn’t really dive into it until about 9:30, when Kendell fell asleep. I tucked him in and thought “I’ll just read for an hour before I go to bed” and then at 1:45 in the morning I finished it and then went to sleep.

The book? Break the Fall by Jennifer Iacopelli. 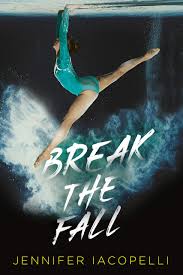 It’s a YA gymnastics novel about best friends Audrey and Emma, who are elite gymnasts. The novel opens with the Olympic trials, which Audrey has barely made it to because of a back injury. She’s holding herself together with tape and cortisone and grit, right on the cusp, unsure if she’ll make it or not—nothing is guaranteed, but Emma is pretty much a shoe-in.

It’s not a spoiler to tell you that Audrey makes the Olympic team, because that is the story, her experiences navigating the month leading up to the Olympics and the Olympic competition itself.

You’d think that considering I stayed up till almost two to finish this, I would do nothing but gush. Have to warn you: the writing here is fine, but isn’t amazing. There are dangling and misplaced modifiers everywhere, and more than once (more than ten times at least) the bars are called some variation of “cylindrical fiberglass” which is totally unnecessary. It feels like there is an entire missing chapter that would make Audrey’s transition between resistance and acceptance of some pretty big changes more understandable, especially as the changes have a huge impact on her Olympics. Plus she has a slight re-injury of her back that must result in a second cortisone shot, but it’s missing from the story. It deals with sexual assault, consent and personal choice, failure, success, betrayal, teenage friendship—lots of big topics!—but manages to stay on the fluffy side.

But I got attached to the characters in about .5 seconds. Is this because I was a gymnast too? I don't think that's only it. They come to life on the page. I especially enjoyed Audrey's budding romantic relationship.

Also, though: it was just really enjoyable. It pulled me in and I did not want to put it down, even with my objections. In fact, when I finished it and clunked it down on the floor next to my bed I said “Wow! That was really, really fun.”

I’ve been thinking about that response ever since. Deep down I have a pretty endurable thread of guilt over reading. It comes from a lot of different places, my husband’s lack of understanding people wanting to read; all those LDS exhortations to read “only the best books” (which gets translated way too often into the idea that if you’re not reading scriptures or books written by an Important Old White Man you’re not reading the best books); a comment a woman I worked with made to me when I was pregnant with Haley (“You know that once you have your baby you should never spend time reading, just taking care of her”). There’s always the feeling, when I sit down to read, that I should instead be doing something “productive” with my time.

(This makes me appreciate even more the fact that there were so many long weekends when my mom would just leave me alone as a kid and teenager, and I would literally just read. I didn’t feel guilty then.)

So I try to justify my reading time by reading Important Literature. (Add the posh accent in your mind.) I mean…I like reading more literary books anyway. I love a book with beautiful writing and complex plotting, something that makes me think and forces me to challenge my established thought patterns.

But really….does it always have to be serious and complicated and though-provoking?

Can’t it just sometimes be fun?

Of course, all of this is built into everything else that is complicated about being an adult, but really. I’m not just 40-something. I’m rapidly approaching fifty. And if the past decade has taught me anything, it is this: people die. Life is short. I’m almost half a century old—isn’t that old enough to let go of pointless guilt?

I feed my family. I go to work to support them. I clean the house and do the laundry and scrub the freaking toilets. Am I the world’s best mom or wife? Nope. But I take care of my peeps. So why this irrational tug every time I sit down to read?

I’ll let my current favorite meme be my answer (forgive the language but...this is such a tidy summary of how I feel about almost everything right now): 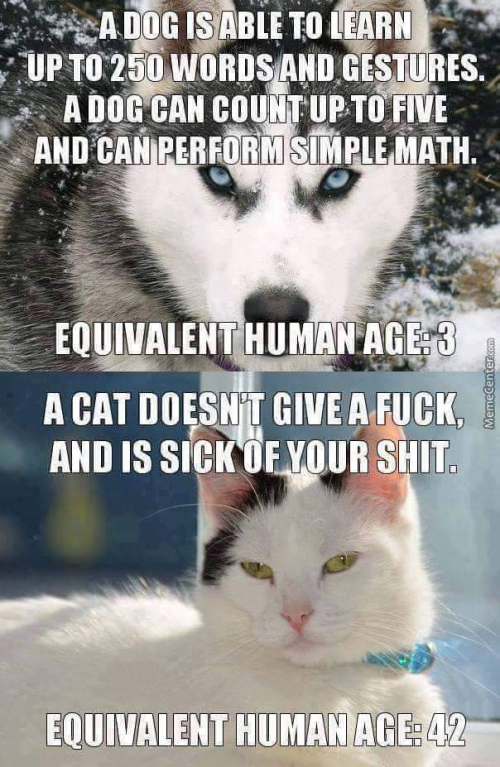 And, whoops. Sorry about that tangent. Back to the book: Break the Fall is a fun, fast read about Olympic-level gymnastics. Emphasis on fun. I’m glad I stayed up late reading it!

I totally get that. I'm fully aware my husband feels I'm wasting my life reading books and reviewing them for NOBODY to read. Yet, my brain would turn to jelly if I didn't read. My soul would wither (even if I only kept myself to reading Scripture - something I too struggle with, never knowing whether I should tell Bible studymates that I write a book review blog for fear they will judge the wide gamut of books I consume). Reading is part of who I am - take it or leave it. At least today, I have an argument for my husband - I just won a $25 gift card in our library's winter reading program - yippee - reading was TRULY PRODUCTIVE!