How A Pretty Pink Skirt with Pockets Changed My Life

I’ve always been a solitary runner. None of my neighbors or friends are runners, so when I picked up running (in the summer of 2000) I went out alone, and I’ve been doing it that way ever since. Mostly this doesn’t bother me, because I appreciate the solitude running solo brings me.

So when I became a Skirt Sports ambassador four years ago, what surprised me was how happy the camaraderie of the group made me. Except for the two retreats I went to, I never physically ran with any of these women; most of them I’ve never even met in real life. But they still made my runs better, in ways I couldn’t always explain. Why would knowing someone else was running in a cute skirt halfway across the country make any difference? 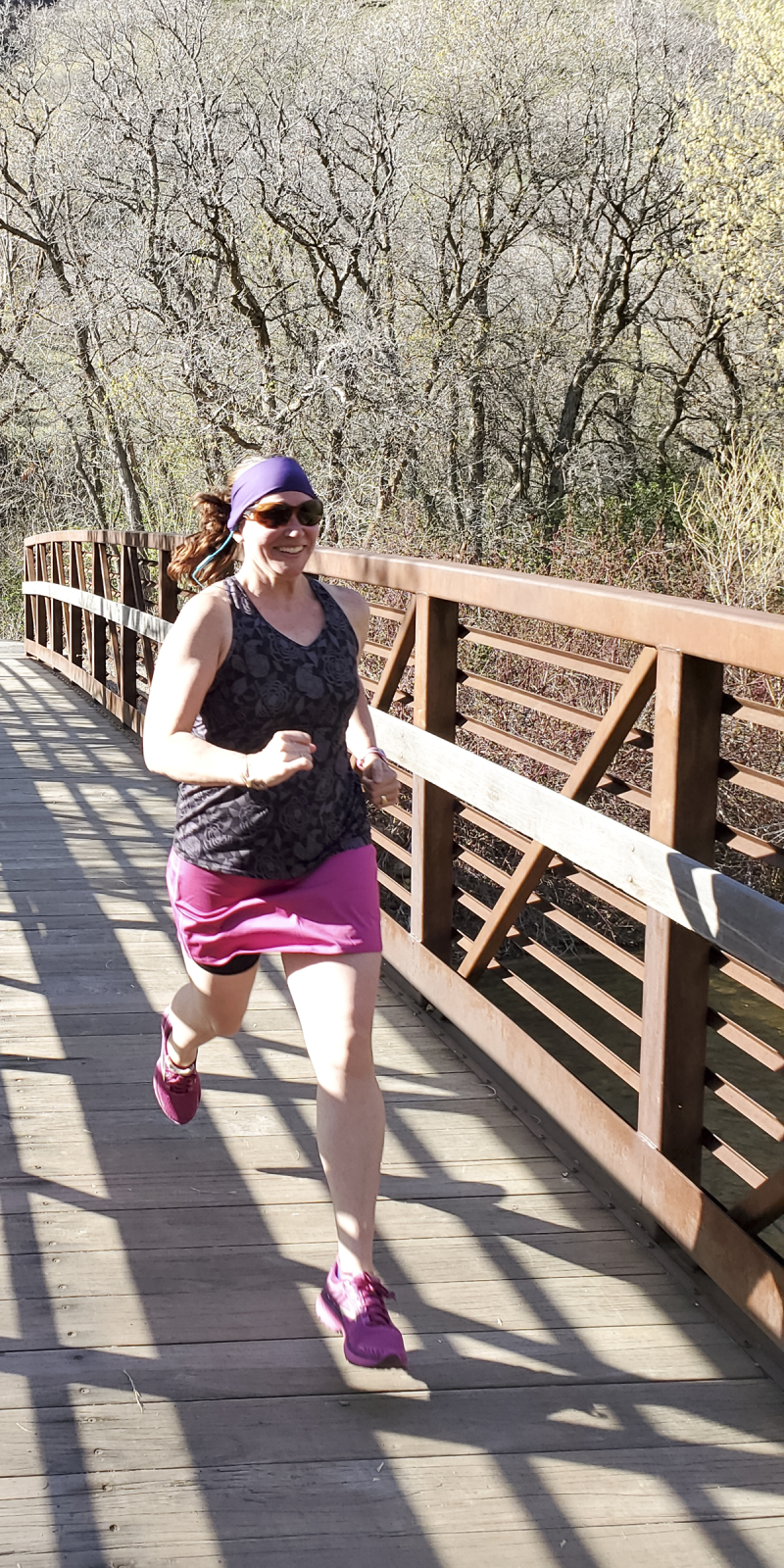 Partly, it’s about the skirts themselves. Some people have teased me about this, but I don’t care: I think cute running clothes are motivational. Before I discovered Skirt, I was constantly on the lookout for clothes designed for women that were cute and functional. It felt like all of the women’s running clothes I found were designed for “real” runners—the tiny ones with thigh gaps. Who else could wear such short shorts? And why were there never any pockets? Did clothing designers think women don’t need to carry anything? What about keys, chapstick, tampons, nutrition, money, sunscreen, and/or ID? Did they think we were all just running with men by our sides (because men’s clothes always have pockets) to carry our stuff for us? Or we could just tie it all to our shoes?

So when I discovered my first Skirt Sports skirt, on a fortuitous day at Runner’s Corner, the skies opened with angels singing, because here it was: a skirt that was long enough to cover my Mary Lous (no thigh gap here!)! a pink running skirt! a pink running skirt with pockets.

It was so perfectly what I was searching for that I almost didn’t buy it, because what if it chafed anyway? But I took a chance (plus it was on sale), tried the skirt, fell in love.

I own a lot of Skirt Sports skirts now. I own zero shorts—I only run in skirts. I wear some of the longer skirts to work instead of to work out. I hike in Skirt Sports. I wear Skirt Sports capris and running tights under my dresses and paired with boots. Every spring and fall I have waited with anticipation to see the new colors and patterns. I have told friends and family members about Skirt.

Because there really is something about running in functional clothing that also happens to be cute. It lifts your spirits. Sometimes it is the thing that motivates you to take off your pajamas and go running. It’s that feeling when you’re sweating and your face is caked with salt and there’s a smear of dirt across your calf, but your skirt still makes you feel like you don’t look entirely disgusting.

It’s the fact that you can run like a badass and you don’t need black, sloppy men’s shorts to prove it.

But it’s not only the skirts.

When I became a Skirt Sports ambassador, I became a part of a community. And it’s not a community of mean girls. It’s not about who’s the fastest or skinniest or prettiest. It is welcoming and inclusive. It is a group of women who understand: the highs and lows of training, the way an injury is not just about your ankle or knee, the way just the memory of endorphins rushing your brain keeps you hitting the trail. Size doesn’t matter; age and race don’t matter. Your sport doesn’t matter—hike, run, bike, swim, paddleboard, yoga, weight lifting, whatever.

So today, the day that marks the beginning of the finish line, when Skirt Sports will likely be ending, I want to celebrate what this company and these women have brought me.

I’m still running by myself, but I’m doing it with pink on. (Or aqua or purple or bright floral prints or even, yes, black sometimes.)

I’m still running by myself, but I’m also running with the voices of so many women in my head, encouraging me with their stories, triumphs, defeats, restarts, accomplishments, kindness, generosity. Sisterhood.

My closet is full of running clothes.

Sure…there will be other cute running clothes. Partly because of Skirt Sports’ impact, the exercise-clothing industry has changed. Other companies have cute patterns and pockets.

But no other company has given me what skirt has.

But I am also grieving.