on Writing: Tearing Down the Dam 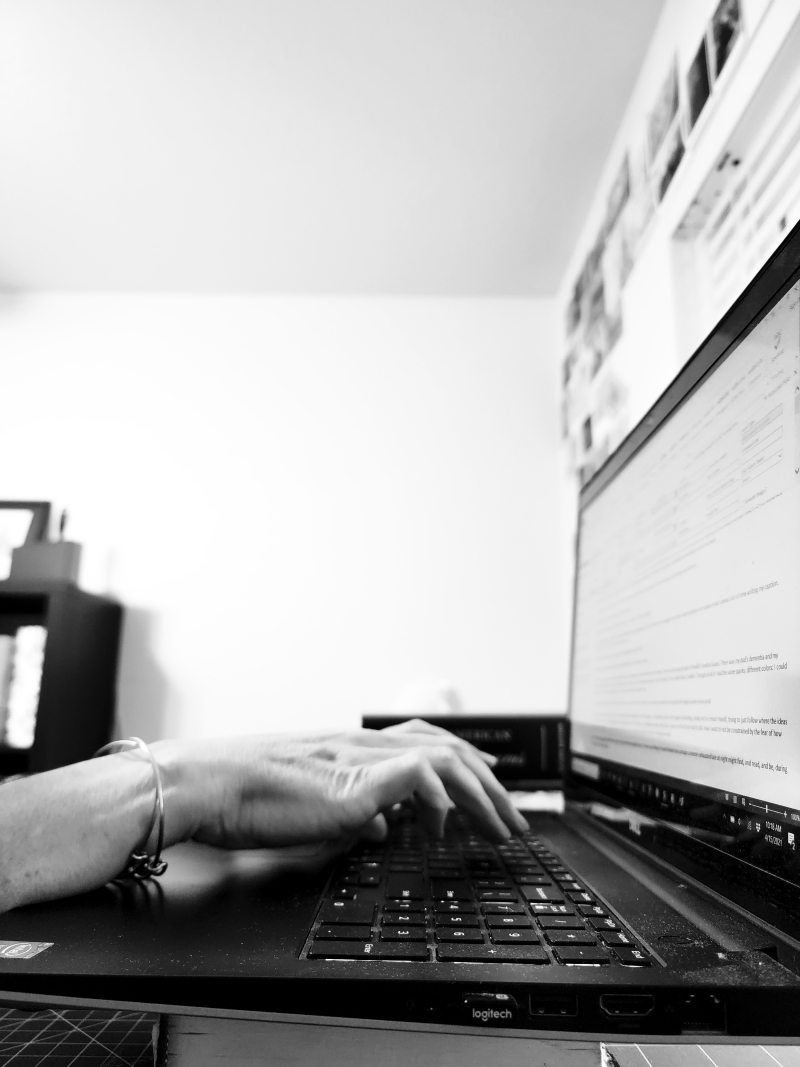 I read two different pieces of writing yesterday that have been working in me. Here’s the first one:

I confessed that I had a burning desire to be excellent but no faith that I could be. Martha said to me, very quietly, “There is a vitality, a life force, an energy, a quickening that is translated through you into action, and because there is only one of you in all of time, this expression is unique. And if you block it, it will never exist through any other medium and it will be lost. The world will not have it. It is not your business to determine how good it is nor how valuable nor how it compares with other expressions. It is your business to keep it yours clearly and directly, to keep the channel open. You do not even have to believe in yourself or your work. You have to keep yourself open and aware to the urges that motivate you. Keep the channel open.”

This comes from a conversation between Agnes de Mille (a dancer who choreographed the dances in Oklahoma! and many other Broadway plays and who changed the way dance was used in drama) and Martha Graham (a dancer who revolutionized modern dance and all-around brilliant, creative soul). A writer I admire, Katherine Arden, shared it on her Instagram and I read it about twelve times yesterday morning, almost making myself late for my PT appointment. It ends with the declaration that no artist is ever, in the end, fully satisfied with her work. “There is only a queer divine dissatisfaction, a blessed unrest that keeps us marching and makes us more alive than others.”

The second one comes from an essay I read last night at work, when I had roughly 27 minutes left before I could go home. In theory we’re not supposed to read at the desk, but sometimes you just need to. I was feeling worn out all day from my PT appointment (he worked my foot in hard but lovely ways that made me feel that it won’t always be a stiff club at the end of my ankle), but at that point I was just out, so I read for a few minutes:

She made weather, like all single peaks. She put on hats of cloud, and took them off again, and tried a different shape, and sent them all skimming off across the sky. She wore veils: around the neck, across the breast: white, silver, silver-gray, gray-blue. Her taste was impeccable. She knew the weathers that became her, and how to wear snow.

This is from an essay called “A Very Warm Mountain,” which Usula K. Le Guin wrote in 1980 about the eruption of Mount St. Helens. The essay itself is a masterclass about how a piece of writing is “about” one thing but then that thing is about everything, and if I could I would read it out loud with you and then discuss it. But what really, really hit me in the gut, what mixed with the Martha Graham words, was this small paragraph. It made me think Ursula would so understand my relationship with my mountain. She writes that of course St. Helens is a woman, but not in the way men believe, and that she is a sister, not a mother.

I have loved my mountain—Timpanogos—since before I even knew her name. And ever since I first hiked to the summit with my sister in 2006, I have carried an essay in my mind. If I had written it in 2006, when I had only hiked it once, it would’ve been much thinner than what I would write now, having summited it many times and grown intimate with its foothills and crags, its secret meadows and exposed ridges, its temperament from different directions and altitudes. Her temperament. But the basic construct would be the same, the way the local story explaining why she looks like the profile of a reclining figure, created by a white man and then labeled as Native American myth, is wrong. Of course Timp is a woman. But not only a virginal maiden pining for her lost love.

because there is only one of you in all of time, this expression is unique

And yet, there in that essay is one of my favorite writers, exploring the same idea. Mountains as women, and how men don’t get the metaphor correct at all. And that sentence: “She knew the weathers that became her, and how to wear snow.” It is one of those sentences that fill you with both the joyous spark of something perfectly constructed and the despair that you, yourself, will never be the one to construct it. Someone else already did.

I took a little break from my April social media goals, after last week when I posted every day on Instagram (for a photo-prompt challenge) and blogged almost every day.

I started this blogging challenge because I wanted to reestablish my writing habit. A writing practice of showing up, every day. I imagined that it would help me tap in to the old feeling I used to have, when I was brimming with ideas and potential pieces. I wanted to reconnect to my writerly self, who I have carried with me every day of my adult life. Every day, in fact, since that time in April during my junior year of high school, when I tried to show up at school again, and in English class another student read a poem she’d written to the class and I realized that writing wasn’t just the thing I did in my notebooks, it was a thing that actual people did and shared with the world.

But here I am, almost fifty. I could tell you: I raised four children. I could say: I married a person who is wonderful but who does not understand this aspiration in any way, and that makes me feel ashamed and blanketed. I could make a story about how the words of a professor two decades ago still linger in my psyche, reminding me the odds are not in my favor.

I could explain all the many reasons I have doubts and hesitations and how they have stopped me from pursuing what I always wanted to do.

But deep down I know: they aren’t reasons. They are excuses.

The truth is, fear has stopped me. I have let fear stop me. Out of fear I built a dam and closed the channel.

I never stopped writing, not really. Even when blogs fell out of fashion I kept blogging. If you follow me on Instagram you know that my photos are mediocre but I spend a lot of time writing my caption. Before social media I wrote letters and kept a detailed journal.

I have always written.

But after I got married and started having kids, I stopped chasing my “be a writer” dream.

I have sometimes written those ideas. Fewer times, I have polished and rubbed until the edges were smooth enough and I have submitted. Even fewer times have I received the “accepted” response and seen my words in print. I have written, yes, but not done what writers do, which is the work of having your work be seen by the world.

I wanted to find those sparks again. I still want to, but they are slow in returning. The dam is sturdy.

But I am finding something is different in me. I am having dreams and falling in love with images. I am putting my pen onto paper and writing, trying not to censor myself, trying to just follow where the ideas lead. I haven’t, perhaps, found my “blogging mojo” again. Maybe I won’t. But there is something moving. And o how I want to not let fear hold it still. How I want to not be constrained by the fear of how good or valuable it might be, by my feeling that my small life can’t be important enough to connect to the larger world.

I want to be like Le Guin and like all the other writers whose work has brought me joy. To leave something of myself behind that perhaps someone exhausted late at night might find, and read, and be, during the reading, lifted instead of tired.

I don't know what to say, your words are powerful and profound. I feel like I just want to say "go and do it, forget your fears, just do it, don't allow yourself time to have regrets, do what you can to achieve your dream". Ultimately it's in your grasp. X