This Thanksgiving I found myself a bit…well, “sad” sounds kind of pathetic, but there you go.

I remembered so many past Thanksgivings, when we’d go to one relative’s house or another, and the house would be full of babies and toddlers and teenagers and grown ups.

Slowly, over the years, that has changed.

Parents have passed away.

Siblings’ kids have grown up, gotten married, and started their own families, so it’s just gotten difficult to have so many people, and more in-law families for everyone to rotate through.

I think that is normal with time passing, but it still makes me ache a little bit. (Having some family members’ various comments in my head also doesn’t help. “You’re alone because of your choices” and “if you were nicer and stopped sharing your politics on Facebook more people would want to spend time with you” are the two common ones that pop up at random.)

I’ve adapted, though. Over the past decade or so, I’ve made the Thanksgiving meal for just my family, plus a significant other or two, four times. I’ve established our own traditions (pecan bars, Italian sodas, mac & cheese which would horrify my mom) and enjoyed the time with my kids.

But I never stopped missing the big Thanksgiving meals of my kids’ childhoods.

The last one with my side of the family was in 2016, at my mom’s house. It was the last time Haley had Thanksgiving with her last living grandparent. Also the last one I ate with Becky. Most of the grandkids were there, even the ones who live in Texas.  I got this photo of all of the littles, but not a big group picture. (I continually learn this lesson: Even though everyone will grumble, even though maybe you did a group photo last time, take a group photo THIS TIME too.) 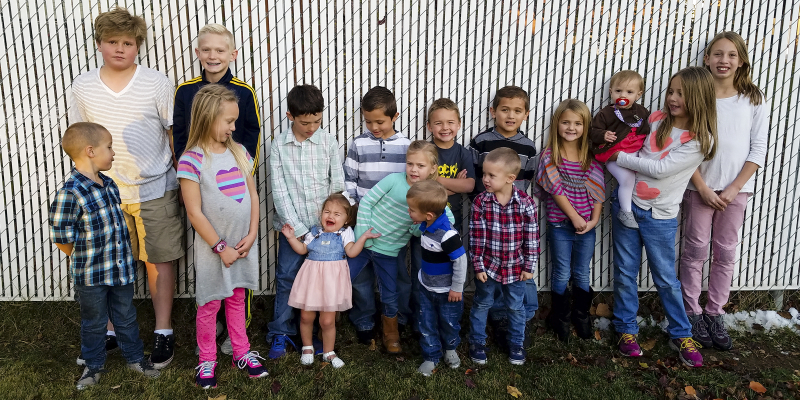 The last one with Kendell’s side that included everyone was in 2009. I got some great photos that day of my kids and of Kendell with his parents (which is awesome because his dad died the next year) but not a group photo.

2013 was the first year I made the entire meal all on my own. 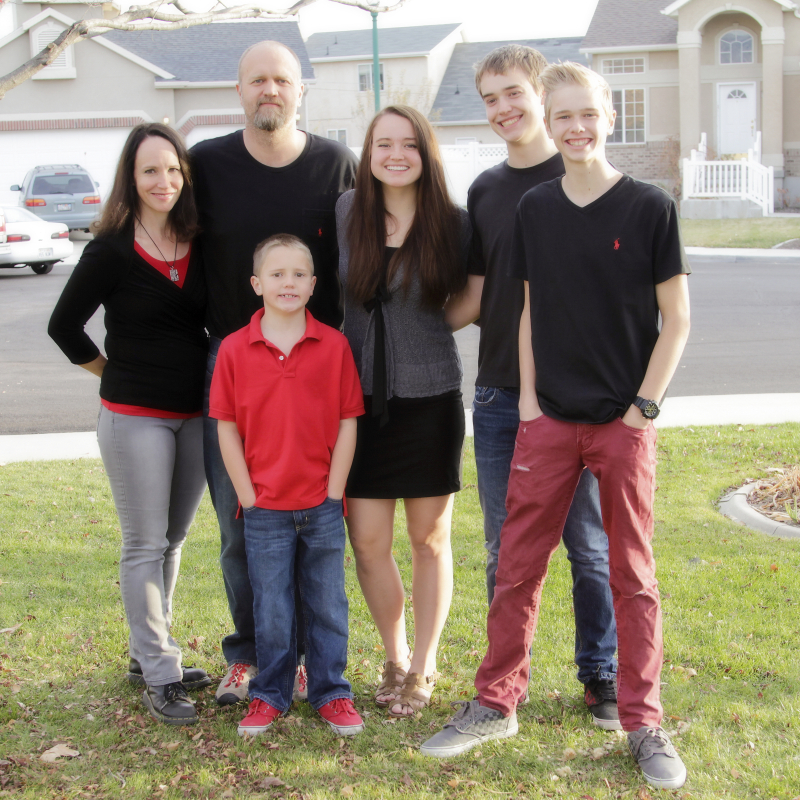 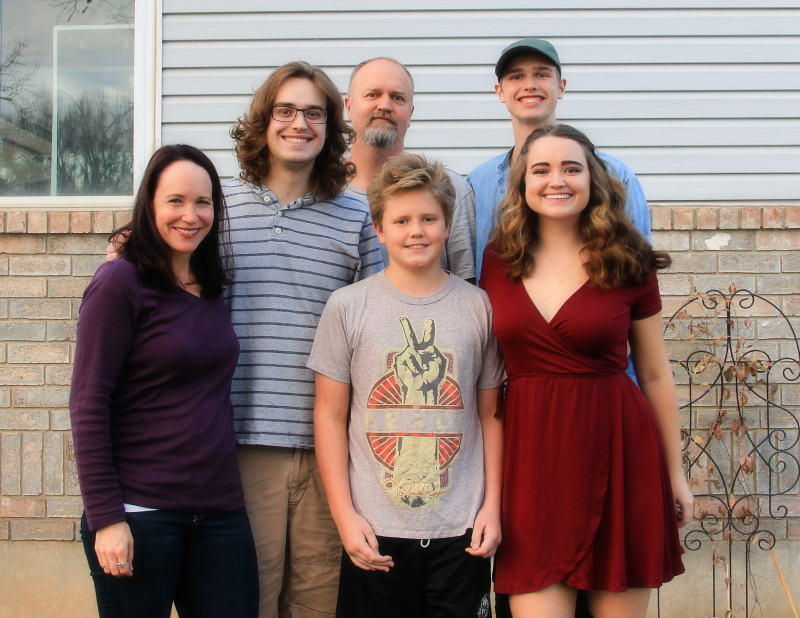 2019 was a dismal year, because not only were we missing Nathan and Haley, it was the first Thanksgiving after my mom died and Kendell talked me into going to a restaurant. (Never again!)

Everyone’s 2020 Thanksgiving was a COVID holiday I suppose.

For 2021, I had just planned on it being at our house with my boys and some video-call time with Haley. But, a few days before the holiday, things shifted around and my sister-in-law, Cindy, invited us to come to her house. It wasn’t the entire Sorensen clan, and there weren’t any babies, but it was enough. A crowd. Food from many different kitchens. A guest (Nathan’s friend Abe who didn’t have another house to go to). Family members admiring each other’s cooking. A group photo! (YES, someone grumbled, but I chose to just thank that person for putting up with my photograph proclivities.) 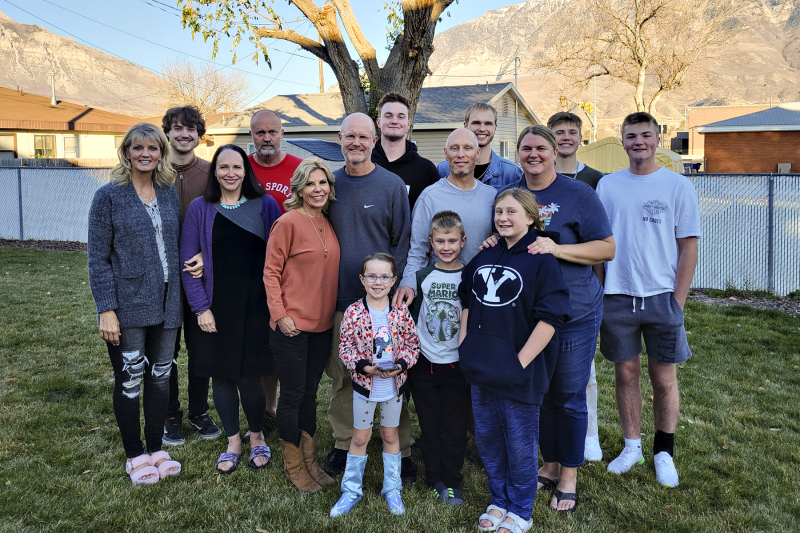 Who knows what next year will bring. I have made peace with our smaller festivities (and appreciate that when I make the whole meal I have all the leftovers!) so whatever it looks like, big or small, I will love it.

But I feel like I learned something this year.

Thanksgiving is my favorite holiday. I always say I love it the best because it’s only about food and hanging out with your family, which remains true. But it is also, I realized, more. It’s about recipes, both the ones you’ve made for the past two decades and a new one you tried just this year. It’s about passing them down, too: this year, Haley made her own rolls (which she modified into a vegan recipe successfully!), Cindy tried apple pie the way I like it (with cheddar cheese on top), and I brought the pecan bar tradition to Kendell’s family. It’s about textiles—the tablecloth and the hot pads and the towels. And dishes, inherited from my mom and from Kendell’s and some that I’ve bought myself that maybe one day, when I’m gone, someone else will cook with. The scent of cranberry and cinnamon, the cubes and cubes of butter, the hiss and steam and whisk of preparation.

It’s about missing those who aren’t there while simultaneously loving the time you get to spend with those who are. Watching your son laugh with a friend, your husband with his brother, your sisters-in-law at each other.

Life changes so much. Sometimes, at this phase, I feel like all the good changes of my life are in the past. But I also have to acknowledge that I have no idea how it will change again over the next twelve months. And if Thanksgiving is about being grateful, I think that tug and ache is part of gratitude. If you’ve lost people you loved the heartache means you were blessed enough to love them. I think when I was a kid, Thanksgiving was just about eating a meal with my sisters, parents, and grandparents. (I actually have only very vague memories of Thanksgiving before my late adolescence, which is odd, and literally not a single photo of one.) When I was a mom with growing kids it was about seeing them interact with their cousins, aunts & uncles, and grandparents and knowing that they were experiencing holidays they will someday remember fondly. (I hope.) Now that I am nearly an empty nester, it is about remembering, but I am learning it is also about savoring now. Who knows what the future will hold, so on Thanksgiving 2021, I just lived. I just felt what I felt, the missing-ness and the bitterness and the sadness over what has been damaged. The absolute joy of what exists right now. The deliciousness of food prepared with love, the compliments from others and the giving of them as well. The ghosts and the living.

And so Thanksgiving remains my favorite

Beautiful group photo, it looks like you had a lovely day. Thanks for sharing your thoughts, I share many of them with you.

So sorry you get comments like that from family. I guess we all do, which is maybe some comfort. Lovely writing, as always, and yes, poignant as we get older. Thank you for sharing all your feelings with us.