Home Archives Profile Subscribe
Book Review: Between The World and Me by Ta-Nehisi Coates
Book Review: Braver Than You Think by Maggie Downs

A Librarian's Thoughts on Book Banning

I am highly offended by the books of Anita Stansfield, who is an author who writes Mormon fiction. Having read about several of her books, and listened to other readers talk about them, and read one myself, I find her work problematic. It encourages a false perspective on how following the rules of the LDS church will eventually lead to a miraculous intervention that saves the day and thus encourages destructive magical thinking. I want to protect all readers from that thought process, and so I am suggesting that her books be banned from all libraries in Utah, where the population is particularly likely to think in this way.

For added measure, perhaps we could burn the books while we're at it. 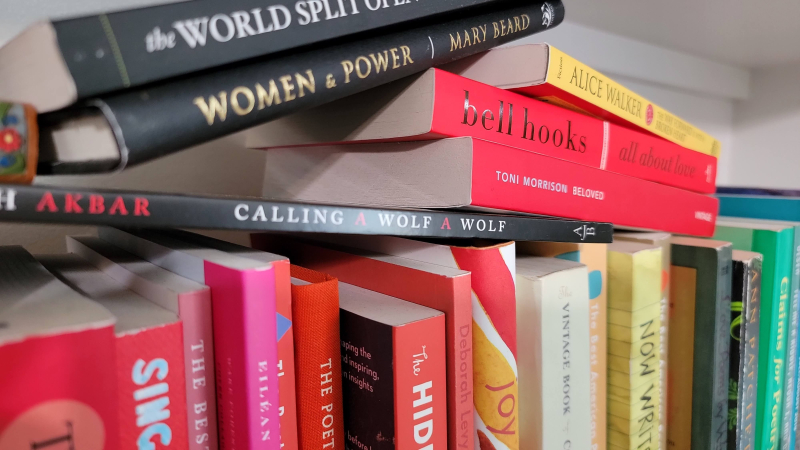 I try to stay on top of knowing about the recent bout of book banning, library meddling,  ridiculously-long (and actually out-of-date) lists of books politicians think shouldn’t be in libraries, and actual book burnings.

This feels important to me as a librarian, a former educator, and a person with a child still in the public education system.

More, it feels important to me as an educated, functional human being in a society increasingly threated by right-wing wackadoodles.

As a librarian in a conservative area, I come across people objecting to books often. I once had a patron proudly return (as in, made a point to personally hand it to me) a book club book where she’d blacked out the three swear words she found in the first chapter. She hadn’t finished the book, of course—too many swear words, obviously, for her book club to read—but thought she’d done a service for the community. (The book in question? Blessings by Anna Quindlen. Ah, yes, Anna Quindlen. Such an offensive writer.) I have had patrons tell me our shelves are full of smut (ie: romance novels). Patrons object to one of our statues on a regular basis (not as often as people confuse it with Rodin’s The Thinker, but still.) Last year one of the city council members objected to our Pride display; my favorite was his thought that “graphic novels” were, like, books with sexually graphic scenes.

I’m not unfamiliar with the arguments and issues of the more conservative-minded people in our communities.

The problem is, this demographic almost always misunderstands the point of libraries in the first place.

Yes, libraries are funded by public tax dollars. They are a service that our community has long held a valuable one, worth the money and infrastructure.

But they don’t exist just for one group of people. They exist for the community. And communities (even those as homogenous as Utah County) have a variety of people. Races, nationalities, religions, sexual orientation. Even down to the microscopic level of individual reading tastes: communities are not full of photocopied people, exactly the same.

The problem is that whatever group is the majority tends to think that everyone thinks like them.

An example. A few weeks ago, I had a patron call and ask me to recommend “a few good books.” Being a professional librarian, I understand that everyone’s definition of “good” when it comes to books is different. So I asked her “what do you mean by ‘good’?”

She got very flustered. I asked a few more questions and it turns out, for her a “good” book is one that doesn’t have any sex, swearing, or violence. I proceeded to give her a few suggestions, but before I could get very far, she cut me off.

“I’m surprised you would ask me what ‘good’ means,” she said. “They teach us about goodness in church every week.”

That is the perfect story to illustrate the thought process of a person who thinks it’s necessary to only have the stories of white, cishet, Christian  perspectives on library shelves. It is thinking based on so many assumptions, the biggest one being that everyone thinks, believes, and acts the way she does, because she is the standard of normalcy and goodness.

Anything else is abnormal and thus shameful, and so not worthy of reading about.

And so I started this blog post with a writer that many people in Utah County love. I chose her work on purpose: to illustrate how ridiculous book banning is, how it is centered in one individual's opinion rather than the community at large. I actually do despise her work. As a reader who values intellectual honesty, curiosity for other ways of living, and beautiful writing, I am not going to read Anita Stansfield’s work. (One was enough.) And I do think it creates a harmful image of religion leading one to a God who dispenses blessings based on righteousness—insert your obedience, grab your sweet, sweet blessing!—which I haven’t found to be true in my experiences.

However, I would never suggest that we shouldn’t have her books on our library shelves. This is because as adult human beings, we each get to choose what we read (or watch or listen to). We all need different things from books: every book has its reader just as every reader has her book.

But the conservative thought pattern cannot seem to allow for that. In the book-banning perspective, there is only one way to think, to believe, to act, or to be in the world. And instead of simply just being like that (which is a fine choice if that’s what they want) themselves, they want to make sure everyone else is exactly the same as them.

“But Amy!” you might be saying. “That’s fine for public libraries. School libraries shouldn’t have books with LGBTQ stories in them!”

Age-level-appropriate books on all subjects should be available to public-school children of all ages. This is because, as with “adult” society, there is a wide range of types of children. Should parents discuss such issues at home? Absolutely. Do all of them? Absolutely not. And policing morality isn’t even the point. The point is that even children should see themselves represented on library shelves, and, as with society in general, there are kids who come from all sorts of backgrounds.

The interesting thing in all of this? Most people who object to books, or get on the “let’s ban this” bandwagon (and there are so many, many wagons these days), haven’t even read the books in question. Do you honestly think that Texas State Representative Matt Krause has read all of the 850 books on his list?   Of course not.

So here I am. A librarian, a liberal thinker, a person who loves books and art and music. A bibliophile who cherishes beauty in artistic expression but who also believes that art should portray the ugliness and horror of humanity, too, and that we as readers shouldn’t turn away from it. A reader whose definition of a “good” book is both wide and deep but doesn’t allow for shoddiness of craft or of thinking.

What am I to do in the face of so much narrow-minded thinking?

Sign petitions. Make noise on social media. (Write blog posts no one will read!) Make sure the collections I am responsible for at work have a wide variety of choices for all readers. Hope that when I ask “well, what’s ‘good’ to you?” it might sometime be a spark that lights the darkness.

It might not change much but I will continue using my voice to remind the world that all readers deserve representation on all library shelves everywhere.

What a beautiful post -- and great "hook" at the beginning!

Fabulous as always Amy. While we do not always agree on all fronts, the beauty is that we have the option to have those thoughts and voices. Love the Elie Wiesel quote. Keep on being you! That voice that we need in the noise.