And there is no love like a mother’s love. It is life’s greatest song. We are all indebted to the women who have given us life. For without them, there would be no music. 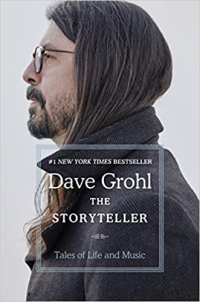 I have a weird connection to the music of the early 90s. The music of the 80s was extremely influential to me—I’d go so far as to say it changed my life, in both ruinous and saving ways.

But in the early 90s, I was a young (young) newlywed, trying to create my new life as a Good Mormon Woman. I still listened to music. I still loved music. I paid attention to new trends and new sounds and new bands. But I almost never went to concerts (Tori Amos with my friend Chris being the exception) and I felt…outside of it, I guess. Watching music instead of participating like I did when I was a teenager. Maybe because, for me, part of the pleasure of participating in music was drinking and smoking and hunting for cute boys, and clearly as a GMW I couldn’t do any of that, and if I couldn’t do any of that then what was the point?

(If I could travel through time, one of the things I would absolutely do is go to a Lilith Fair.)

So while I knew who Nirvana was, and I listened to their music, and I remember the day Kurt Cobain died, I wasn’t emotionally invested in that music trend like I was the alternative music of the 80s.

But I absolutely loved Dave Grohl’s memoir, The Storyteller.

Let’s state this upfront: this isn’t Fine Literature. It’s a story best listened to—he narrates it himself—with no uptight expectations allowed. There’s a lot of swearing, which might put some people off. There’s one bit that really pissed me off, when he tells the story of his arrest in Australia for drunk driving and plays it off as no big deal.

But overall, I loved this reading experience.

Mostly what I enjoyed were his musings on creativity, on the way that one artistic person influences someone else just starting, and how that influence morphs into something entirely new.

I loved his voice, wry and self deprecating.

I loved hearing stories about other musicians and bands.

So even though I only know five or six Foo Fighters songs, and even though he doesn’t mention almost any musicians who are beloved to me (except Bowie and Joan Jett), I highly recommend Grohl’s The Storyteller. It is some great musical fun, and he loves his mom.

PS: If you listen to it on audio—as you should—let it keep playing after the credits. He tells one more story!